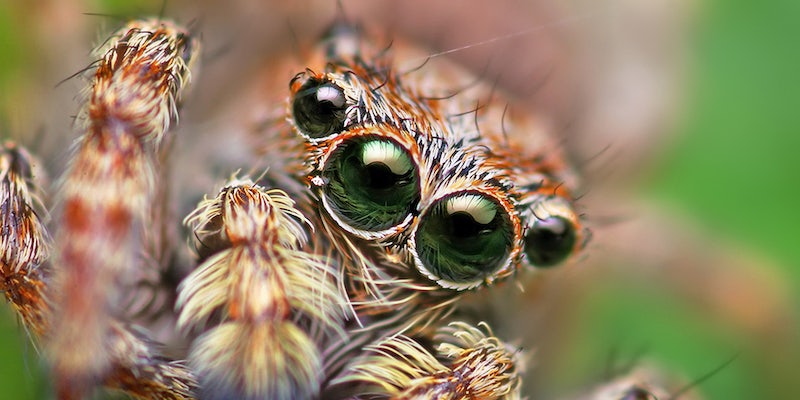 Spiders rain on Australian town in worst storm ever

Just when you thought the land down under couldn’t get any scarier.

It’s gotta be a sign of the apocalypse when spiders rain down from the skies, right? Nope! Just another day in Australia!

The Sydney Morning Herald reported that “millions” of spiders fell straight from the clear, blue sky over the Southern Tablelands—an area in New South Wales. Australians, being the hardened badasses they are, said that the spiders were an “annoyance,” even when they infested one man’s beard when he stepped outside his home.

The phenomenon is likely the result of what arachnologists (scientists who study spiders) call “ballooning.” Ballooning is one form of spider transportation, retired arachnologist Rick Vetter told Live Science. They do it by climbing somewhere high and shooting silk out their butts to catch a draft. Apparently spiders balloon all the time, Vetter said, but people are none the wiser because spiders usually don’t do it in droves like they did in Australia.

The reason the spider rain happened may be due to weather conditions. If the climate isn’t right, then the spiders won’t balloon. But then the moment the weather is favorable, they’ll all do it together.

Which means that spider rains, like fish, frog, and toad rains, are not altogether uncommon. The good news is that, unless you’re severely arachnophobic, the spiders don’t pose a threat to people. Though they may damage crops, Live Science said.

Screengrab via Opo Terser/Wikimedia (CC BY 2.0)