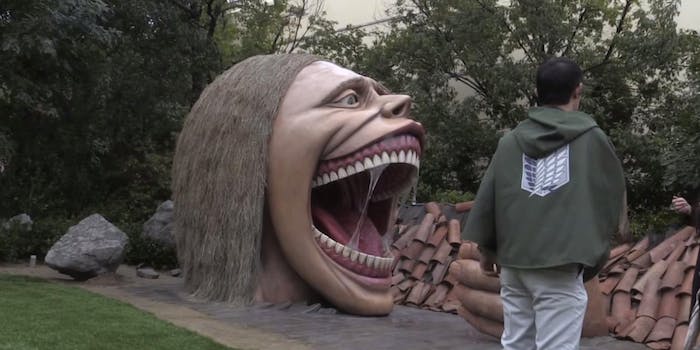 Attack on Titan fans, prepare to freak out.

As part of a new “Cool Japan” theme that it’s rolling out over the next few months, the theme park has unveiled a new exhibit called “Attack on Titan: The Real.”  The exhibit, which also features the Evangelion franchise, Biohazard (Resident Evil), and Monster Hunter, debuted on Friday after a grand ceremony featuring Japanese rock superstar HYDE.

We have loads of event photos thanks to a fan named Natalie, who uploaded over 30 pictures of the giant exhibit to her blog. The main attraction, which Universal revealed in its announcement in November, is the titanic fight between two 15-meter-tall statues. 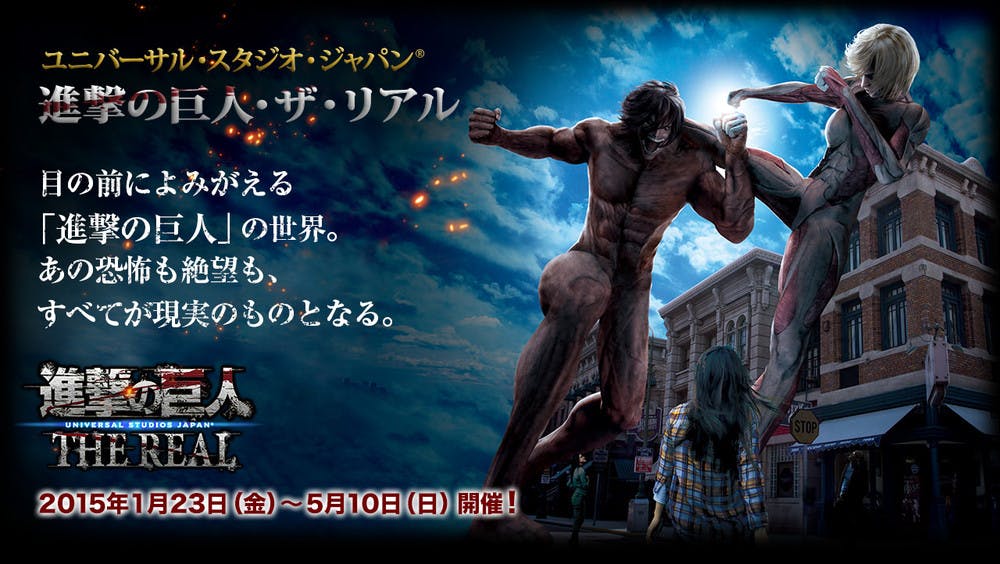 In person, they’re even more impressive: 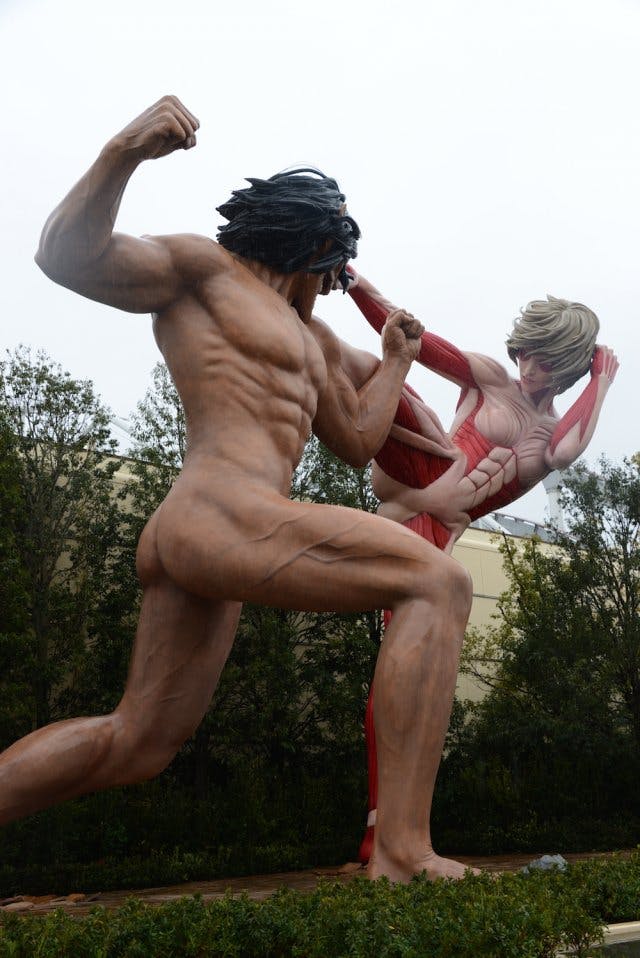 The exhibit also lets you recreate one of the anime’s most infamous moments—that is, you can walk up to this terrifying specter and pretend you’re about to get eaten. 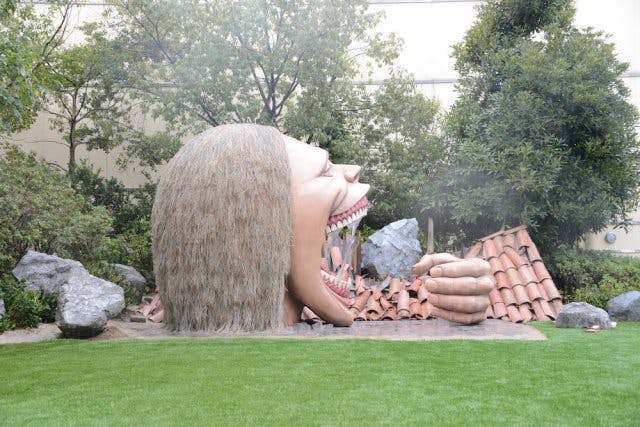 Inside, there are creepily lifelike wax statues of the main members of the Survey Corps: Eren, Mikasa, and Armin. 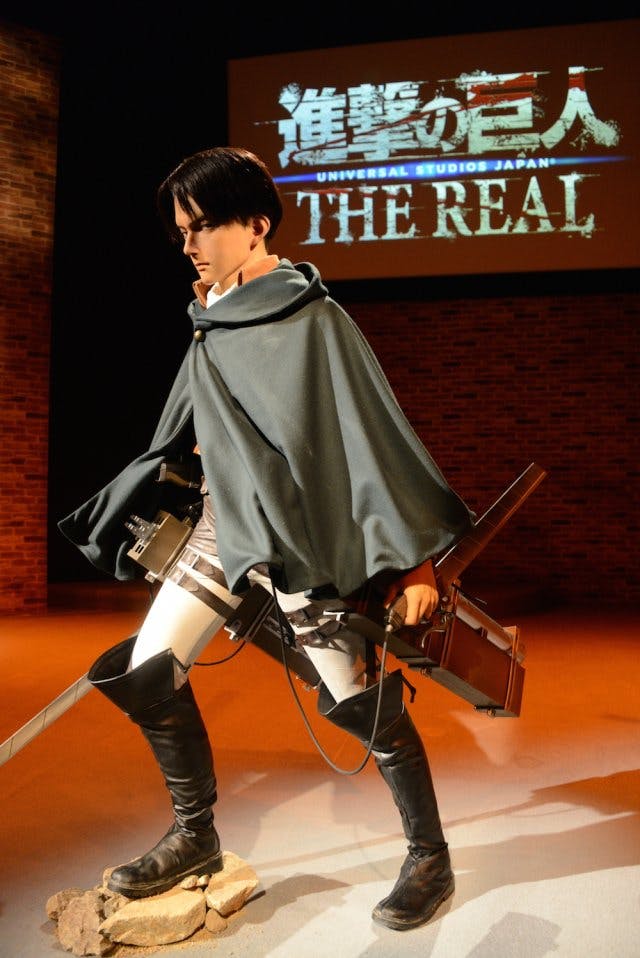 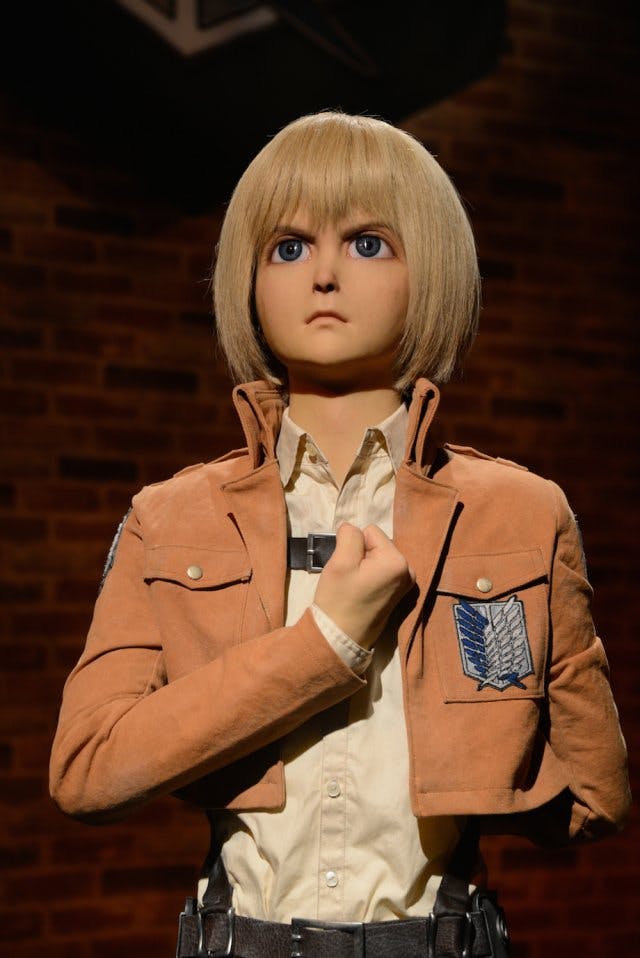 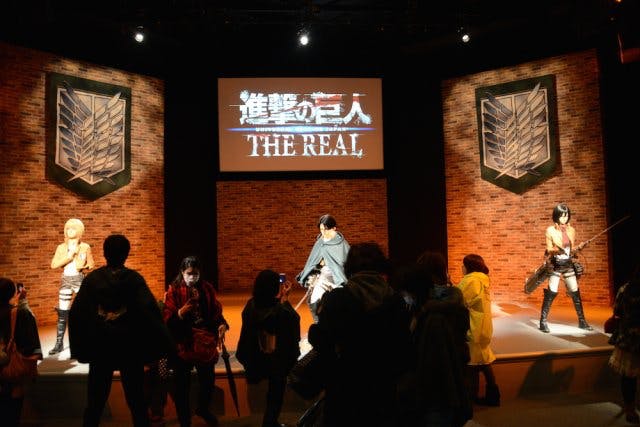 The exhibit also has lots of merchandise for fans. There’s even a café with an Attack on Titan-themed menu, including a boiled potato for any would-be members of the Survey Corps who want to enjoy the bleak rations of their heroes.

Here’s a live-action look at the titans, courtesy of The Page Osaka.

Here’s a video of the opening ceremonies, featuring an excited HYDE.

Finally, for any Eva fans, here’s a look at the Evangelion attraction, featuring a much-touted “4-D” special surround-sound animated feature.

The Cool Japan exhibit runs through May 10 at Universal Japan in Osaka.