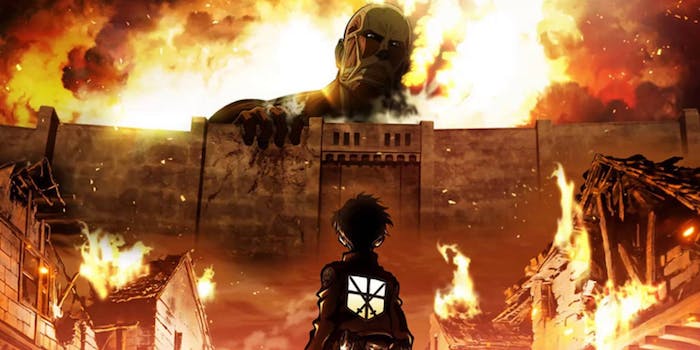 After years of waiting, 'Attack on Titan' fans are finally getting a second season.

Fans have been waiting a long time for the second season of Attack on Titan, but it looks they’re finally getting their wish. Four years after the anime series debuted in Japan, season 2 will air in spring 2017.

The show was rumored to return in 2016, but was pushed back. The new schedule was confirmed by the show’s Japanese Twitter account on Sunday morning.

Attack on Titan‘s official website has also been updated to include a page for season 2, along with a new promo image.

Over the past year or so, Attack on Titan‘s second season began to gain an almost mythical status. After all this time, was it even going to happen at all? Considering the ever-increasing number of spinoffs, live action adaptations, and tie-in games (not to mention the original manga), it seemed like the franchise could survive quite easily if the anime series remained in limbo forever.

Luckily, that wasn’t the case. Despite the delays, season 2 is on its way. And you definitely have enough time to rewatch the first season and remind yourself of all the plot twists before new episodes arrive.