Unlike the last film, it's not just recycled material.

Attack on Titan fans still have a very long wait for the second season of their beloved hit anime, but a new promotional video has given those fans a small tease of what’s to come.

Attack on Titan Part II: Wings of Freedom is the second compilation film produced to tide fans over until the second-season premiere. Each film was based on one half of the first season. The second one, which was released this week in Japan, sounds pretty similar to the first, which was released last fall. Both recap important moments from their respective halves of the first season. Both take their titles from the first season’s two famous opening theme songs, which were performed by the Japanese band Linked Horizon.

But according to Anime News Network, this second film adds “new ending footage that links the film to next year’s second television anime season.” A tweet from Attack on Titan‘s official Twitter account yesterday seemed to confirm this; it said that the film would feature new material serving as a lead-in for season 2.

This is a big surprise for fans of the series. So far, most of the previews we’ve seen have been for the two upcoming live-action film spinoffs rather than the next season. And while fans who have read the manga are no doubt aware of what to expect, other fans stuck in the endless wait for season 2 might not have a clue.

The second compilation film will be released on Blu-ray at some point, so U.S. fans who can’t make it to Japan for the June 27 premiere don’t have to worry. The Blu-ray edition of the first film was released in March.

Here’s a look at the posters for the first and second films, respectively. 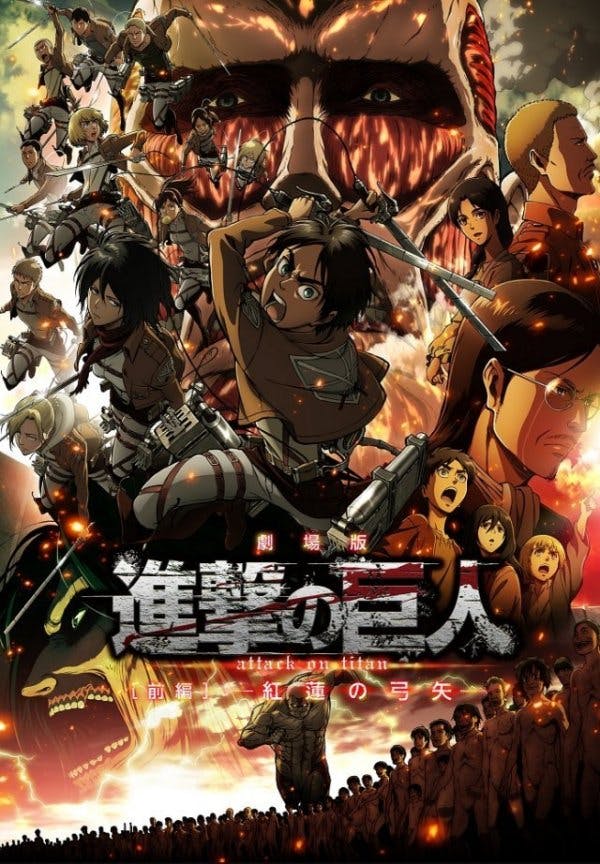 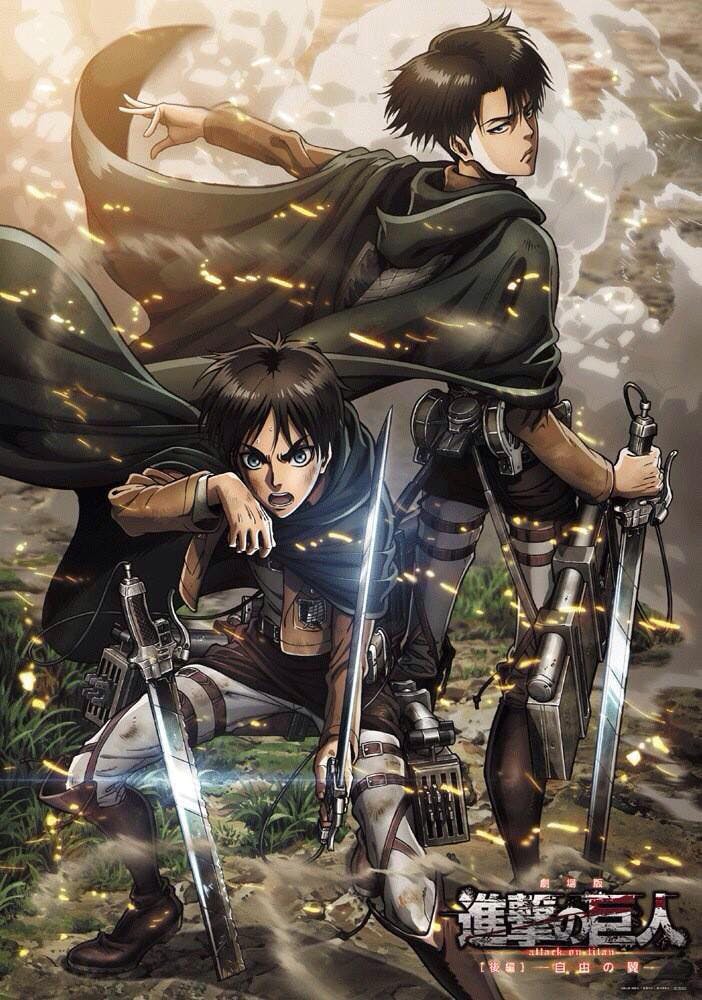 While all of this should be familiar to fans who’ve seen the whole first season, we now know that there’s a giant question mark hovering over the end of the new film that relates to the next season.

We can’t wait to see how it plays out.