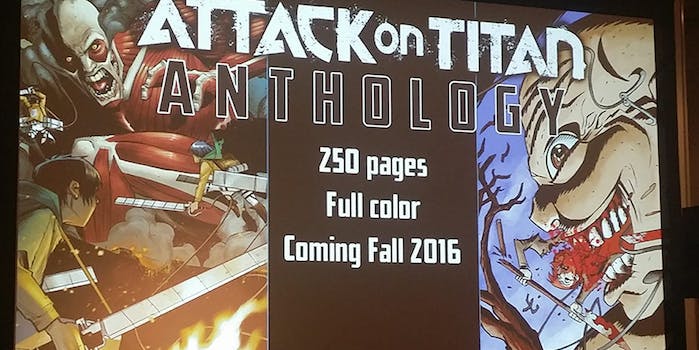 An all-star roster of Marvel and DC powerhouses will be headlining next year's full-color anthology.

Manga publisher/distributor Kodansha kicked off its biggest Attack on Titan panel ever at New York Comic Con with a major announcement: A 250-page, full-color comics anthology featuring a litany of major names from the U.S. comics scene. 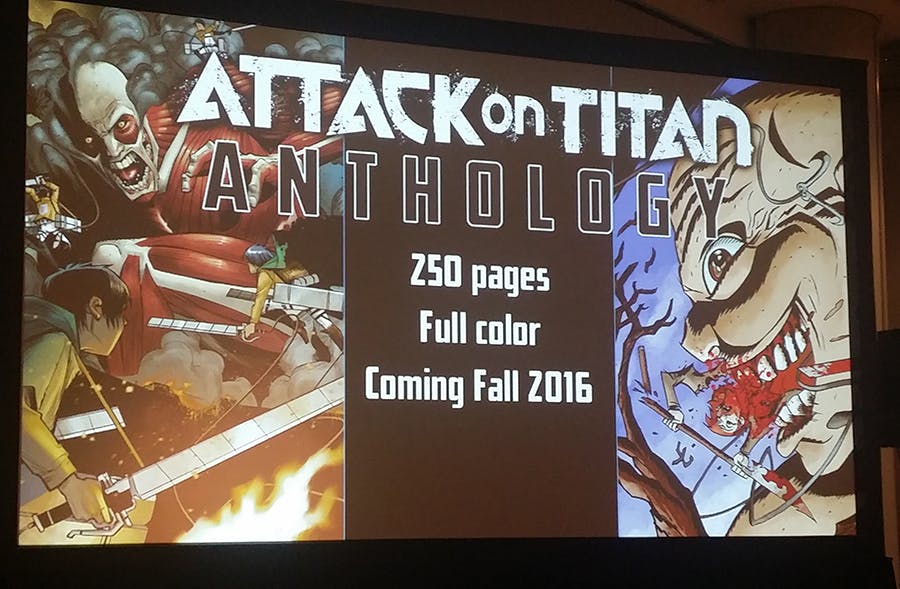 Kodansha promised plenty of new stories and new directions from the artists and writers, who are still in the first stages of pitching stories for the anthology.

Here is the currently confirmed list of artists and writers:

The Kodansha team also promised that the final product would feature even more notable names from the comics industry. 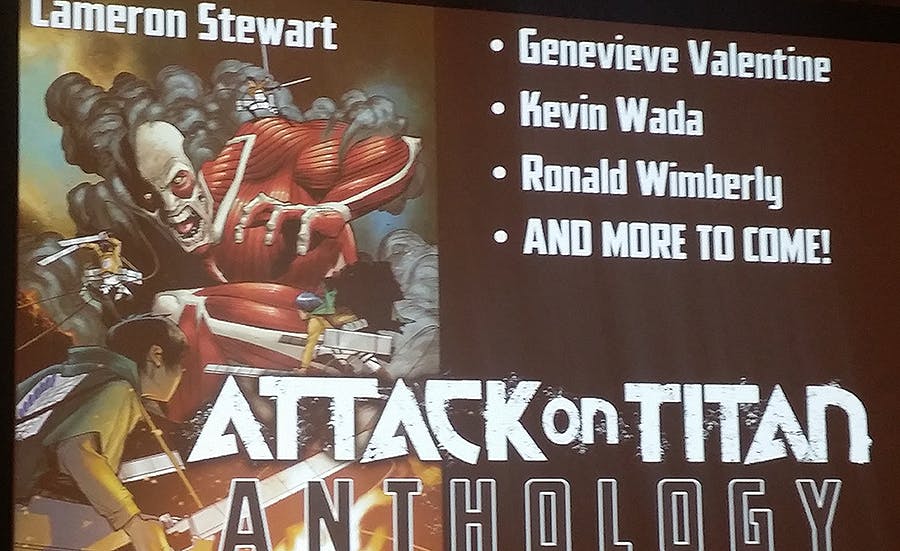 Fletcher described being drawn to the aesthetic, which reminded him of Miyazaki. “The Ghibli connection led me to discover Attack on Titan, and then Netflix allowed me to delve into it. And then getting the offer from [Kodansha] allowed me to actually read it!”

“We’re over the moon,” he said of his Batgirl co-creators. “We’re all so excited about it.”

SO excited for this! @kateleth and I are having a blast with this story! :) https://t.co/mhIAPVGHR9

The creators are all clearly excited about essentially writing fanfiction for the mega-phenomenon manga and anime series, which Kodansha editor Ben Applegate acknowledged as “the biggest manga of the decade.” Asked which character she might revive in the notoriously deadly series, Richardson joked that she’d like to revive a character famously killed off in the series’ first moments—but bring her back as a garish titan.

Applegate said he got the initial inspiration for the idea of a comics anthology from the popular animated anthology the Animatrix. Despite the thriving doujinshi culture in Japan, Applegate wasn’t sure that the original Japanese creators would be receptive to the idea. However, he reported that manga creator Hajime Isayama and spinoff creators had all been extremely positive.

“Everything we’ve sent to Japan, ‘wow’ has been the main reaction,” he said.

Currently there are no plans to release the anthology in Japan. Lucky U.S. fans, however, can look forward to it coming in fall of 2016.