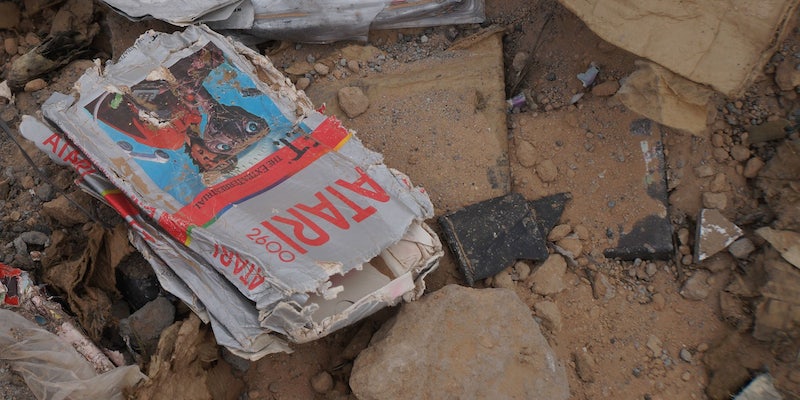 Thanks to the game’s near-mythical status—and its four-year excavation saga—they’re definitely going to find a buyer for the rest.

Atari’s infamously terrible E.T. game isn’t exactly the holy grail, but it’s finally been found, and it’s going to end up where it belongs: in a museum.

The 1982 video game tie-in with E.T. the Extra-Terrestrial was a disastrous failure on every level, to the extent that it actually helped to upset the internal economy of the games industry. It sank without trace, but in recent years, it became something of an urban legend in the gaming community. What had happened to all those copies of the E.T. game, and could they be unearthed?

The answer turned out to be yes—in the very literal sense, in that they had to be dug out of the ground, where they had been dumped by the truckload back in the early ’80s. Following a highly publicized excavation project in a landfill site near Alamogordo, N.M., around 1,300 cartridges were discovered.

The question now was what to do with those games. Joe Lewandowski, the manager of the dig site, claimed that 792,000 cartridges were originally dumped in the landfill area by Atari. However, the small number of recovered games means that they’re now surprisingly valuable.

One hundred of the cartridges were sent back to the film company documenting the excavation site, and Lewandowski suggested that some of the remaining games should be donated to museums. Since the dig also uncovered various other bits and pieces of 1980s Atari ephemera, it does give enthusiasts an interesting glimpse into video game history. About 800 cartridges will also be auctioned on eBay in three lots to gauge interest and value from collectors.

Since you can already play the game online, these cartridges really will be just collectors’ items. But thanks to the game’s near-mythical status—and the four-year process of extracting it from its 1980s dumping ground—they’re definitely going to find a buyer for every last one.