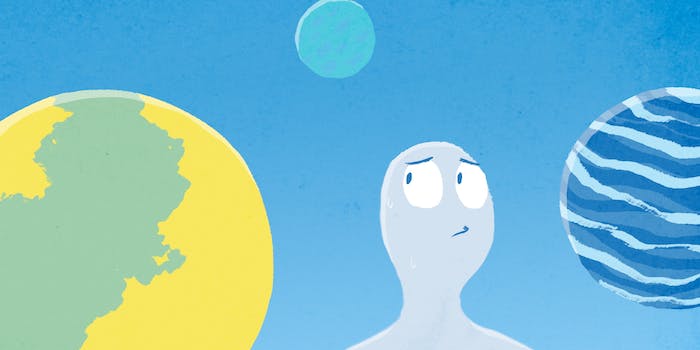 Did SETI scientists discover aliens? Not so fast

You may have heard a little chatter this week (OK, a lot of chatter) that scientists discovered a signal that could be from an alien world.

According to the Observer, a team of international astronomers detected a signal coming from the solar system HD 164595, which is roughly 94 light-years away. That solar system has a Neptune-sized planet that orbits a sun-like star, which is part of why researchers are intrigued by the signal.

But don’t get too excited, said one astronomer with the Search for Extraterrestrial Intelligence (SETI) Institute. On his blog, Franck Marchis parroted the famous quote: “Extraordinary claims require extraordinary evidence,” and we’re not there yet.

First of all, the signal was detected in 2015 but the astronomers who discovered it failed to inform anyone about it for a year. This means that scientists missed a valuable opportunity to confirm what made the signal and where it came from.

Second, Marchis wrote, it’s quite possible the signal came from our own satellites. The antenna that detected the signal is very complex, he said, and the astronomers interpreting the signal may have simply made a mistake.

It also seems like the planet orbiting HD 164595 would be a poor candidate to house life.

But that doesn’t mean SETI is ignoring the possibility. Quite the opposite, Marchis wrote. They’ve been watching for another signal from that part of the galaxy. So far, nothing.