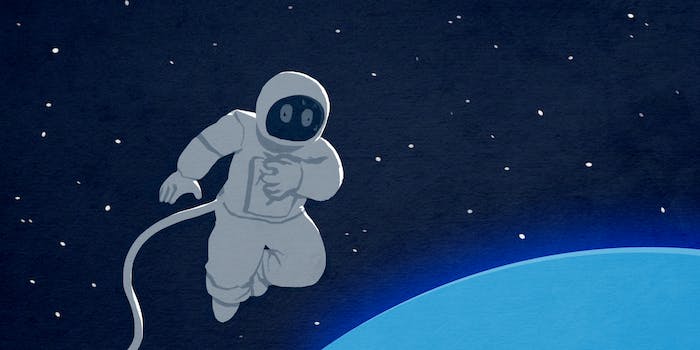 Scientists discover a new way space can kill you

Astronauts have a new health problem to worry about.

Space loves punishing people who deign to enter it. Muscles atrophy, bone density wanes, even eyes start to get a little wonky when people spend a lot of time in space. Now researchers have discovered a potential new way that space can kill you.

In a new study in the open access journal Scientific Reports, researchers examined how the Apollo astronauts have fared since their missions in the ’60s and ’70s. It turns out that the astronauts suffered higher-than-normal rates of cardiovascular problems and related deaths, and researchers think deep space radiation is to blame.

On Earth, we have our atmosphere and magnetosphere to protect us from the more harmful cosmic rays that bounce around our solar system. But out in space, no such protections really exist, and astronauts simply bear them.

Lunar flight astronauts had a cardiovascular mortality rate of about 48 percent, whereas the average U.S. population’s mortality rate is 27 percent. According to the research, the difference wasn’t statistically significant. However, it was significantly higher than the cardiovascular mortality rates for members of the Apollo program who didn’t fly or only flew in low-Earth orbit.  This isn’t surprising because astronauts in low-Earth orbit, such as those on the International Space Station, hang out above the atmosphere, but within Earth’s magnetic field, which protects them from at least some of the harmful cosmic rays.

Interestingly, the radiation did not seem to affect cancer rates among the astronauts.

The researchers are only working off a small sample, but they said that studies in animals give credence to their findings. The study also has implications for future missions to the moon and Mars. NASA engineers will have to figure out ways to protect astronauts from radiation as they spend longer periods of time than ever in space. Got some ideas? They’re looking for help.