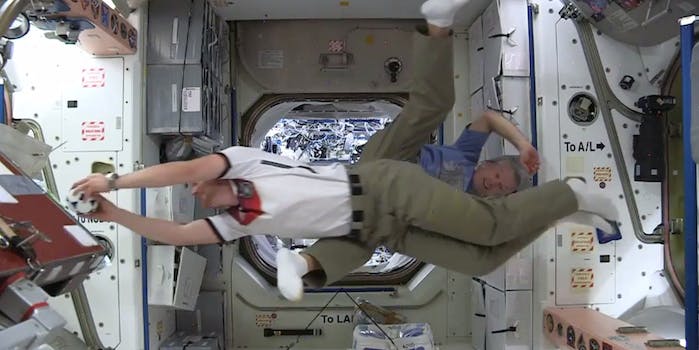 The game is a lot more interesting in zero gravity.

The astronauts on the International Space Station are just as excited about the World Cup as you are.

Astronauts Reid Wiseman and Steve Swanson of the U.S. and Alexander Gerst of Germany may be 230 miles above Earth, but they still wanted to wish their respective teams the best of luck when it came to the month-long tournament, which is set to start today.

I’m not saying they’re not great players, but… some of soccer’s best moves and tricks look a hell of a lot easier when you’re floating in the ISS.

They might be playing a friendly game of zero-gravity soccer now, but there won’t be as many pleasantries up there when the U.S. and Germany square off June 26.