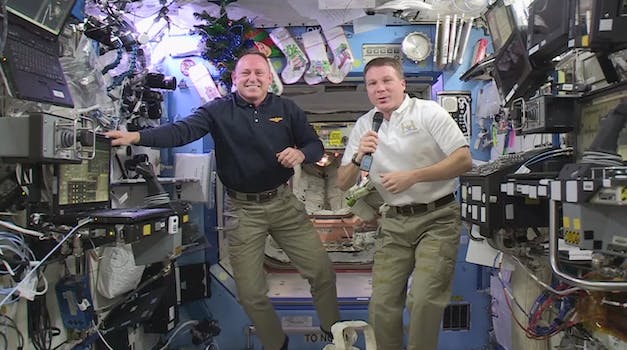 They did the math.

If you think ringing in the new year just once is exhausting, imagine how the astronauts on the International Space Station will feel come tomorrow morning.

NASA did the math and figured out the astronauts aboard the ISS will be above a time zone entering 2015 at midnight 16 times today; it normally takes them 92 minutes to orbit the Earth. And the astronauts are planning to acknowledge the occasion(s).

“So we plan to celebrate New Year’s 16 times with our comrades, our people down on Earth that are doing it at that very moment, so we’re gonna do the very same thing,” Cmdr. Barry Wilmore said. “That’s our plan.”

Zero gravity may make it hard to pop open the Champagne, but they’re bound to mark each new year somehow. If they end up taking it easy tomorrow or fall asleep after the 14th celebration, we certainly won’t blame them.