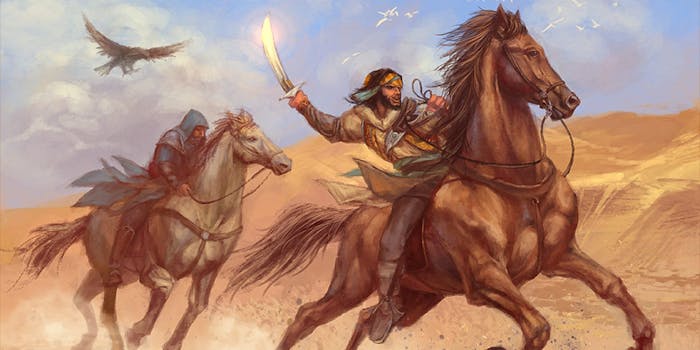 Dazzling fanart inspired by the colonial world of the series.

The visually complex world of Assassin’s Creed has inspired untold numbers of fanartists and cosplayers, but few are as prolific as Chinese artist sunsetagain.

Sunsetagain’s Deviantart page is packed with dazzlingly detailed Assassin’s Creed paintings, and this year she was commissioned to create a poster for a Chinese edition of the Assassin’s Creed tie-in novel Revelations.

In the first of a series of interviews with compelling fanartists from around the world, she spoke to the Daily Dot about her work. 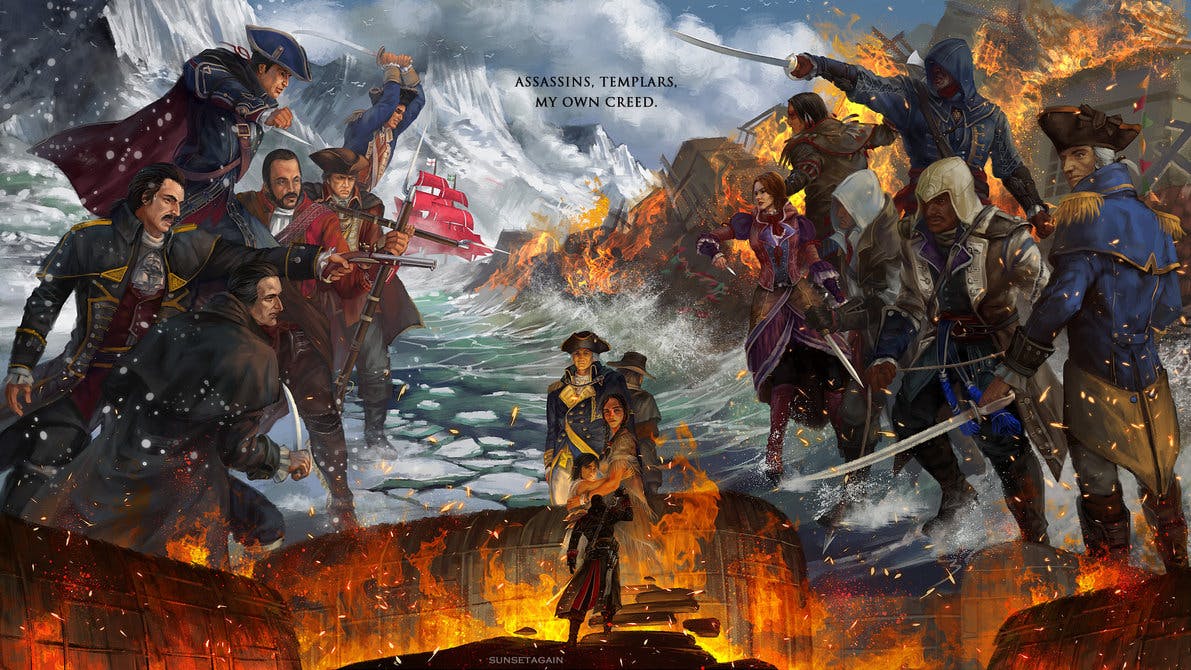 Sunsetagain describes herself as “not quite a gamer,” having only played Tomb Raider, God of War, and Prince of Persia before she started Assassin’s Creed in 2008. Working by day as a TV graphic designer, she had to wait a long time before she had the money to buy a new computer and a copy of the first game.

“I can’t own my wages until the fourth year of my career,” she explained in a Deviantart message. “When my parents said ‘you can keep your money for yourself from now,’ the first thing I did was [I] rushed into the mall, bought a new computer and the game, then carried them home and played as Altair all day long.” 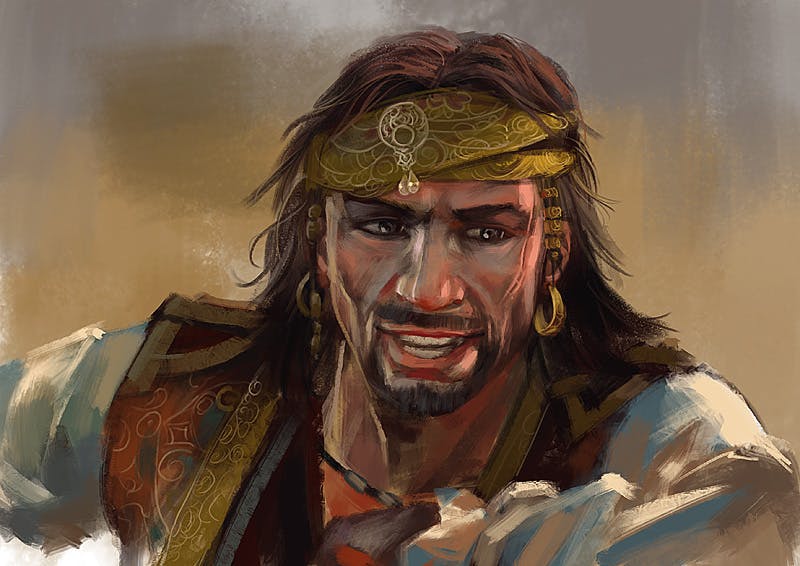 Sunsetagain spent two years working on an “Assassin’s Creed-ish” original comic called Cain’s Red Sea, set in the Qing dynasty, before a friend suggested that she should start making fanart. Since then, she hasn’t looked back.

“One of the most important reasons I love this game is that it made me eager for history knowledge, and gave me the ability to look into this world and its history from a different point of view,” she said.

This historical detail is reflected in the diverse range of cultures and locations sunsetagain includes in her art. 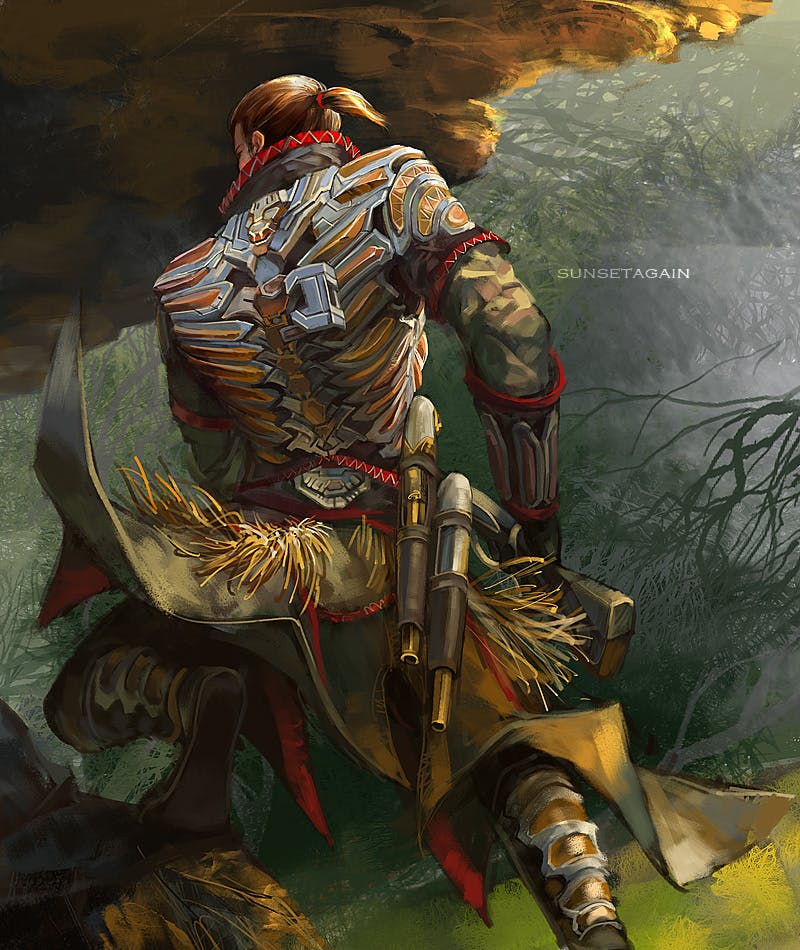 “My favorite characters are Shay Cormac and Yusuf Tazim,” she said. “I got very emotional when I saw Yusuf died protecting Sofia, his loyalty to his friend moved me so much.”

“As for Shay, I began to draw him not long after the cinematic trailer came out, and I [felt] he would be my favorite since then. He got too much hate, but earned all my love and sympathy. It’s interesting that I can feel he is a kindhearted guy with sad memories from that trailer, when others only saw a cold, brutal killer. It’s like, soul connection.” 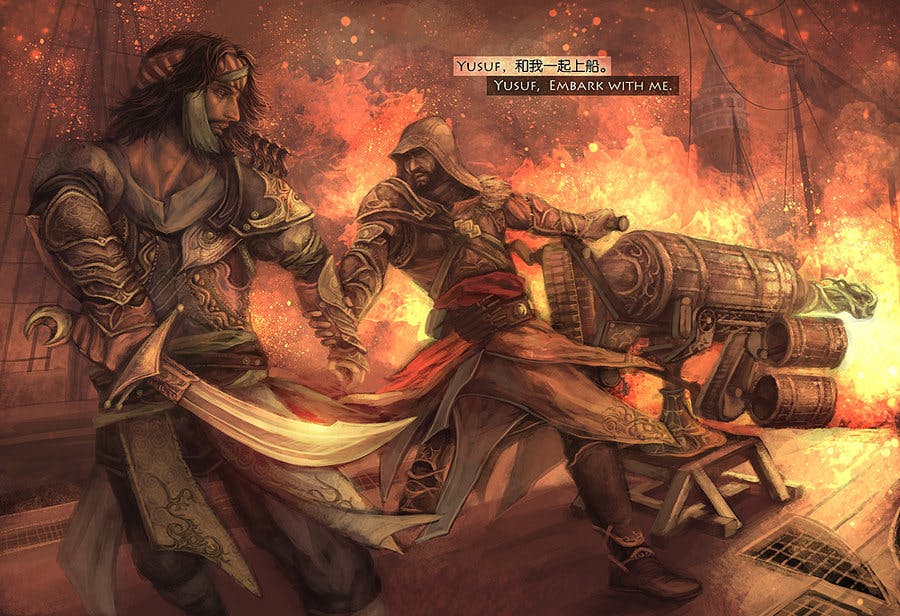 Sunsetagain’s digital paintings are created in Photoshop, sometimes with help from a 3D Max model if she wants to draw something particularly complicated. Single portraits take her more than six hours to complete, while a multi-character painting can take two weeks.

Sunsetagain is also an avid cosplayer, handcrafting her own replicas of Shay and Ezio’s costumes. She ended up taking those outfits to France, and taking photos of herself cosplaying through Assassin’s Creed-appropriate locations like Paris and Versailles. 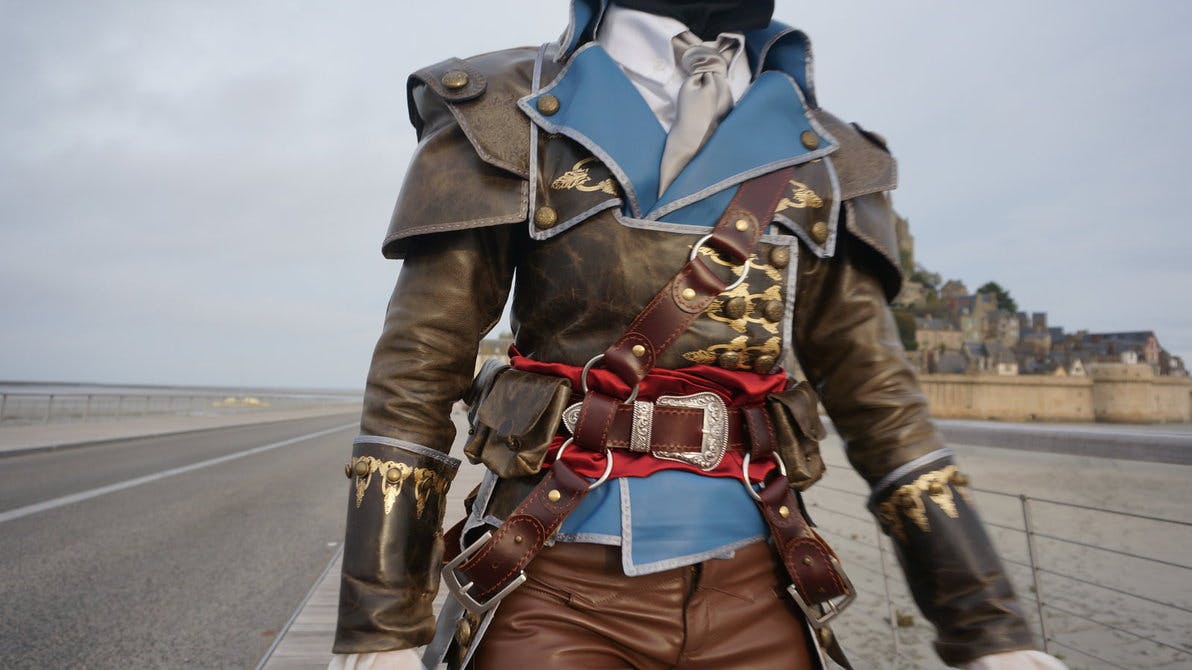 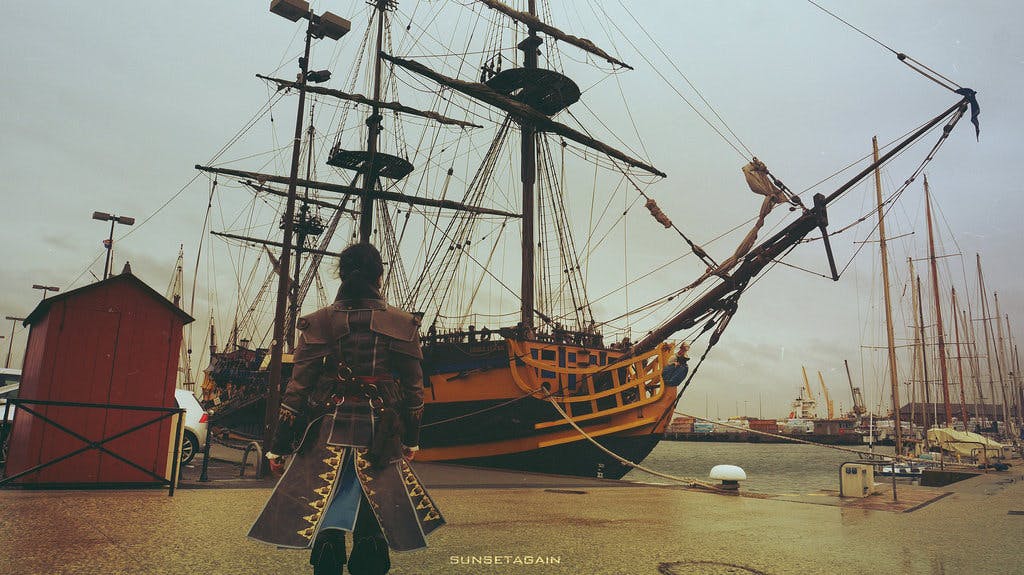 As for artistic inspiration, sunsetagain has warm words for “every fanart and fanfic about Shay.” Her favorites fanartists are clownkid666 and luulala, along with official concept art from the game. “I’ve learned much from them since I came in AC fandom,” she said. “They are my best friends and teachers.”