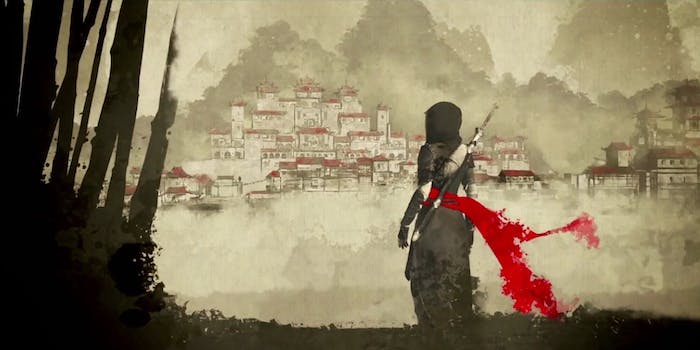 Will the move from action game to stealth platformer draw new players into Assassin’s Creed?

The newest Assassin’s Creed game is reminiscent of platformers like Mark of the Ninja and Deadlight, which puts it in some very good company.

Chronicles: China takes place during the 16th century, when the Ming Dynasty is collapsing. Assassin Shao Jun has returned home to China, to carry out a bloody vendetta. She doesn’t have to rely on stealth in her quest for vengeance. The combat in Chronicles: China is reportedly very bloody, and very satisfying.

Assassin’s Creed Chronicles: China is available today on the Xbox One and PlayStation 4, and will be released on PC tomorrow, for $10.