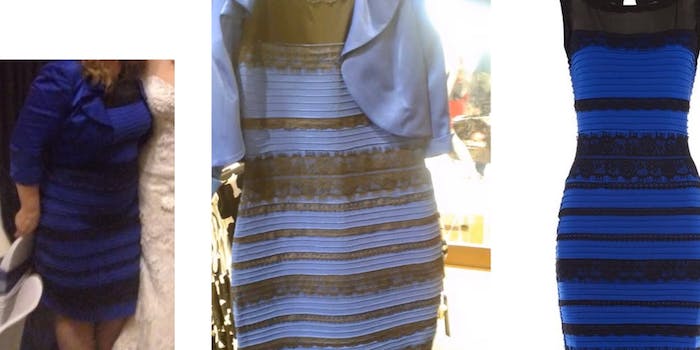 There's a reason why some people see blue and black while others see white and gold.

The biggest Internet debate in months is raging right now, and it revolves around one silly dress. People just can’t seem to agree if this dress is black and blue or white and gold. But why is everyone seeing different colors in the first place? It turns out science may have the answer.

The YouTube channel AsapSCIENCE devoted its latest video to tackling the mystery of the dress. The reason for the disagreement, it turns out, has to do with color constancy.

The photo of the dress is so close up that people’s brains are making two different sets of assumptions about its surroundings. The colors you see will depend on what your brain assumes is around the dress.

Still confused? AsapSCIENCE offers up another example of color constancy using a Rubik’s Cube. Watch science solve the debate and arm yourself with the facts.

Now instead of shrugging your shoulders when someone brings up the dress for the thousandth time, you can respond with science!