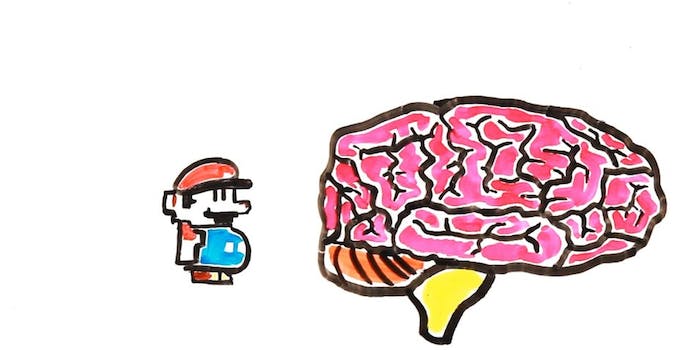 Crack. Heroin. An endorphin feed jacked directly into your frontal cortex. People find a lot of creative metaphors for the effects video games have on your brain. Here’s one they should try out for size: Broccoli.

See, as the guys at popular YouTube channel asapSCIENCE point out, broccoli is pretty damn good for you. You should eat some broccoli every day. You should, in fact, eat plenty of broccoli. But at a certain point—maybe after the twentieth truckload, maybe after the twenty-first—broccoli becomes toxic. Simply put, too much of anything is bad for you.

So just because some gamers play far too much long—sometimes to the point of death—there’s no science that says video games are bad for you. In fact, it’s just the opposite: Video games are good for you. As asapSCIENCE demonstrates (with the help of, um, video games) playing games regularly can essentially rewire parts of your brain. This improves your memory and attention to detail. Their effects on hand-eye coordination are so profound, in fact, that the next time you go into surgery, you might just want to request a doctor who spent the weekend playing Call of Duty.