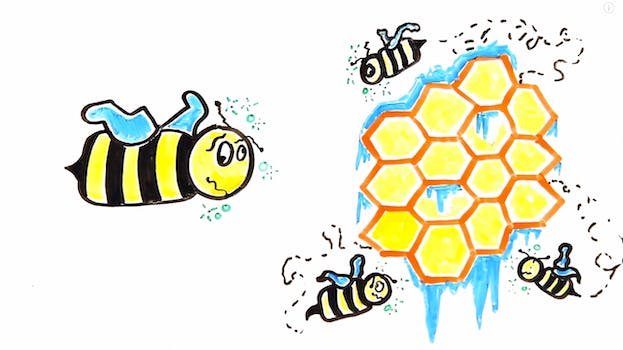 Worried about bee extinction? You should be.

We’ve turned to AsapSCIENCE for explanations for everything from the effectiveness of hand dryers to the color of The Dress. But the question they tackle in their latest YouTube video is one that’s been buzzing around all our minds lately, and for good reason:

Just what’s up with the rising alarm about bee populations? Are they really going extinct? And if so, could their extinction really be that dire for the rest of us?

It’s a honey of a problem. In 2006, bees bred for the pollination of commercial crops began mysteriously abandoning their hives. Ever since, scientists have been trying to solve the problem of how to restore the depleted commercial bee populations. Leading contenders for the cause of the crisis include a certain class of pesticides called neonicotinoids, extreme temperatures caused by global warming, and lack of genetic diversity among the bees. (Bee inbreeding.)

As AsapSCIENCE points out, since bees are directly responsible for the pollination and reproduction of just about every plant around, this means dire things for the rest of us. Like, “no cotton, fruit, vegetables, or meat ever again” kind of dire.

Gather ye honey while ye may.