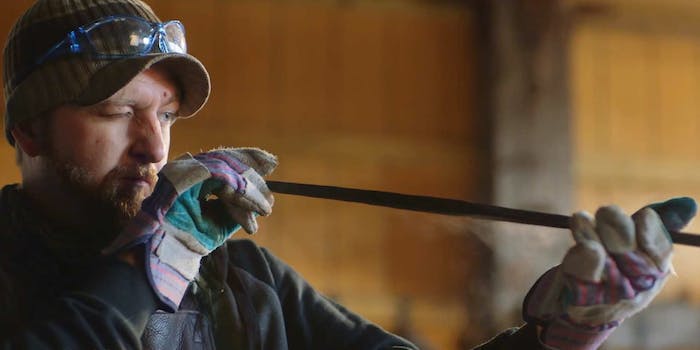 Arya Stark’s sword Needle has been forged in real life

Stick them with the pointy end.

But the sword that has done some of the most killing is actually one of the smallest—Arya Stark’s Needle. It’s a thin blade perfect for swift swordplay and deadly stabbing, and Arya puts it to use as she protects herself and exacts revenge.

It’s only fitting that just days before season 5 of Game of Thrones premieres on HBO, the team from the Man at Arms: Reforged webseries is building a real-life version of Needle.

The team is responsible for badass replicas like a battle-worthy Hylian Shield from Legend of Zelda and the Scissor Sword from the Kill la Kill anime.

For Arya’s beloved sword, the team based the design on a composite of 18th-century small swords. They even added some extra flare by forging a gorgeous star pattern into the steel.

We can’t wait to see what famous blade the Man at Arms team takes on next.