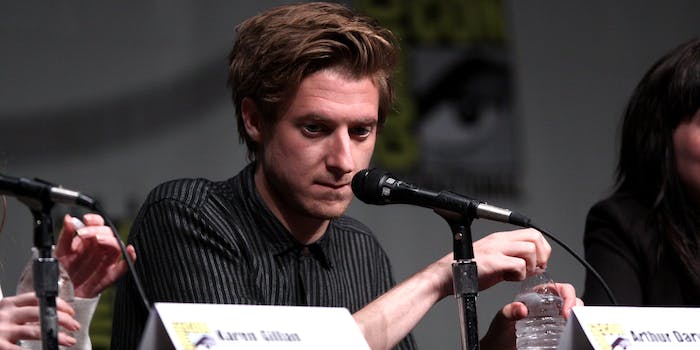 Is it possible to be typecast as a time-traveler? Apparently so.

The creators of the Flash/Arrow spinoff are doing their best to make the show a surefire hit with sci-fi fandom. Superman Returns actor Brandon Routh already set to star as The Atom, and the show has just added a Doctor Who alum to the cast as well.

Arthur Darvill played Rory Williams in seasons five through seven of Doctor Who, and his role in the as-yet-unnamed Flash/Arrow spinoff will have a similar time-traveling theme. The Wrap reports that he’ll be playing DC Comics character Rip Hunter, a charming time-traveler who has been knocking around the DC canon since 1959.

The CW also cast a lesser-known actress in the role of Hawkgirl. Ciara Renée will be playing the Kendra Saunders version of the character, the reincarnation of an ancient winged warrior.

Of all the comic-book shows on air right now, Arrow and The Flash are by far the most enthusiastic about embracing the ridiculousness of their superhero origins. An ancient Egyptian winged warrior woman would be pretty out-there for Gotham or Agents of S.H.I.E.L.D., but she sounds like a perfect fit for this spinoff.