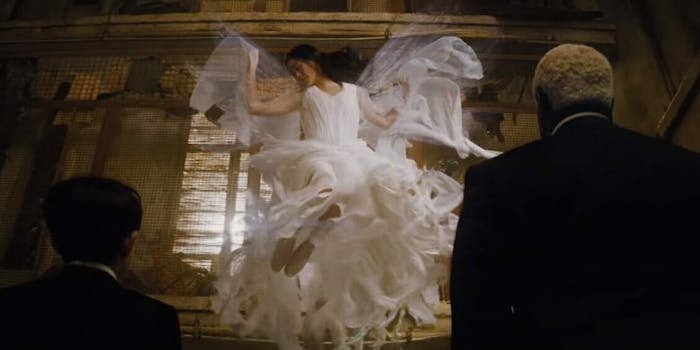 After 15 years in development hell, it's finally here.

The Artemis Fowl books are a touchstone for millennial nostalgia, so it’s surprising how long we had to wait for a movie adaptation. The film was stuck in development hell for over 15 years, but with director Kenneth Branagh (Thor) at the helm, it’s finally happening.

For the uninitiated, Artemis Fowl is a children’s book series about a criminal mastermind child prodigy. He believes in fairies and wants to break into fairyland and steal fairy gold as the ultimate heist. The books see Artemis and his bodyguard Domovoi Butler tangle with organized crime gangs and fairy law-enforcement, eventually teaming up with some new supernatural allies.

This early teaser is pretty uninformative, and therefore geared toward people who have already read the books. It looks like Disney is going for a children’s movie tone rather than trying to age things up into the YA Harry Potter/Hunger Games zone, which is an appropriate choice for Artemis Fowl—regardless of how many adults might watch for nostalgic reasons.

Artemis Fowl comes out in August 2019.