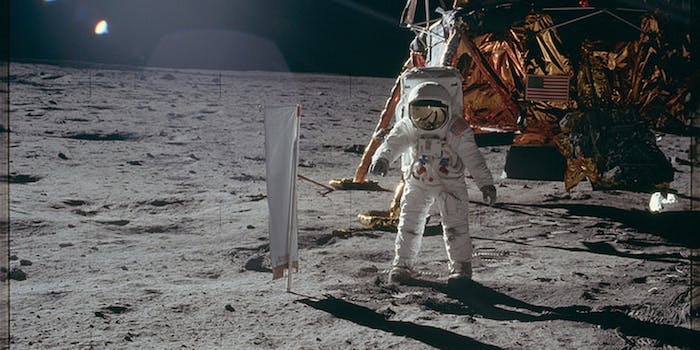 In October, the Project Apollo Archive released more 8,400 digitally enhanced photos of NASA’s Apollo missions to a public album on Flickr. While that could have easily been the end of things, one artist took them a step further.

Chris Coupland is a photographer from Plymouth, England. He put together some of the Apollo photos and added animation effects, music, and sound clips from the actual missions to recreate—in glorious full color—some of the magic and wonder of the original lunar missions.

Coupland said he made the animations using Adobe Photoshop and After Effects in the video’s description. He added that he hopes the video will inspire “other people to learn more about the history of space exploration.”