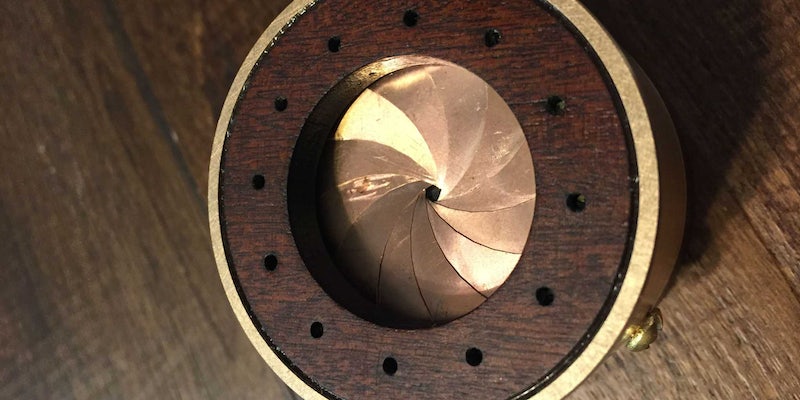 Inspired by the iris of a camera lens, this homemade wedding ring box is beautifully unique.

When redditor chalker7 decided to propose to his girlfriend, he wanted to give the moment a personal touch with a romantic DIY project.

“I’m pretty handy and am the manager at a college makerspace, so I have access to a lot of fabrication tools,” he told the Daily Dot in a Reddit message. “Originally I wanted to make the ring itself, but I ended up being honored to receive my recently deceased Grandma’s ring.

“Obviously that was better than making a ring myself, but I still wanted to make something special for my fiancee (it’s still exciting to call her that!) I immediately thought of a box.”

As chalker7’s fiancée is a photographer, he decided to make something inspired by cameras. The result is a ring box that opens and closes like the aperture of a camera lens, adapted from this Instructables design for a larger mechanical iris. 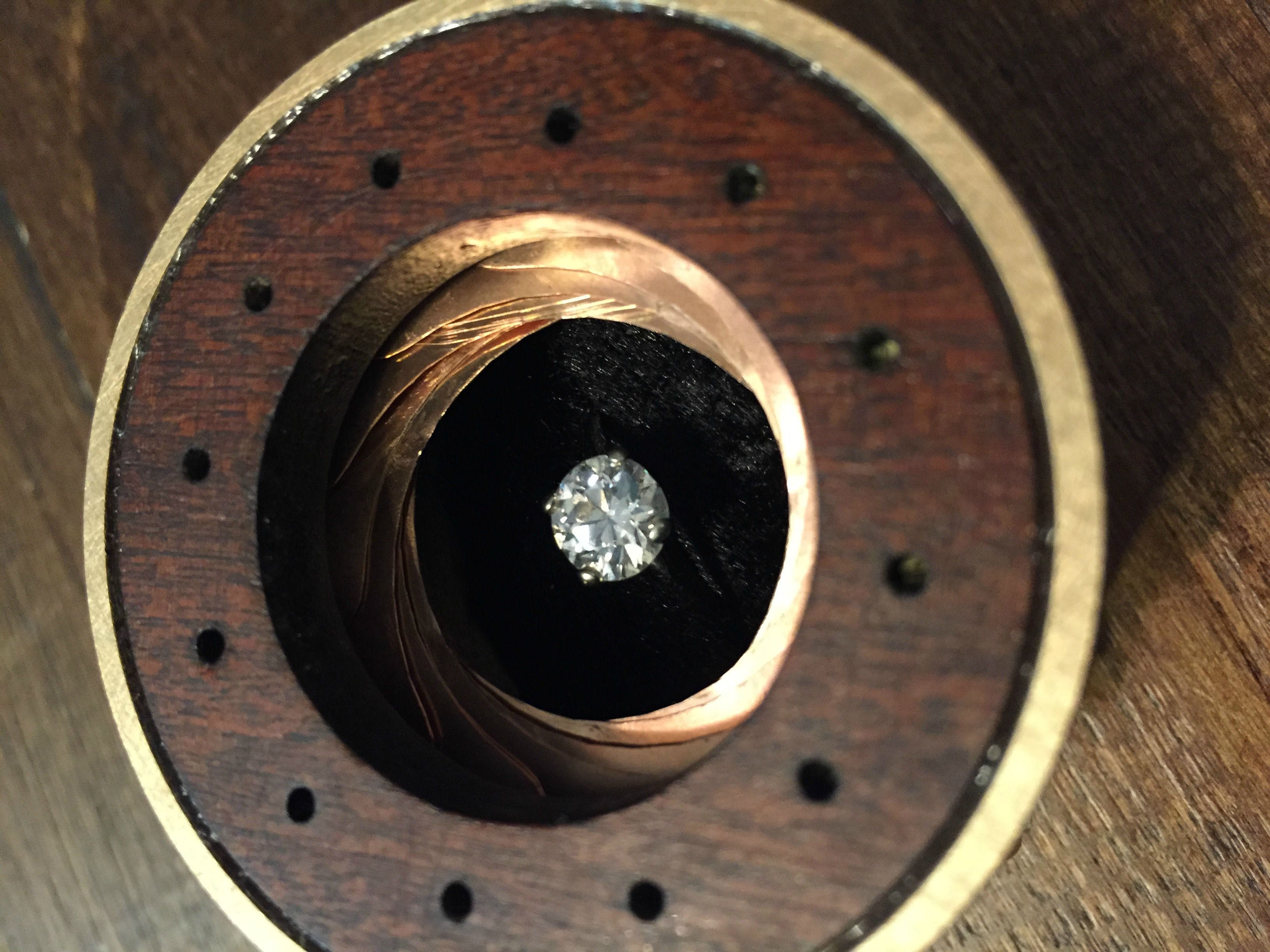 Built from ipe wood, brass, and bronze, it took between 50 and 60 hours to make. Inside, the ring rests on an unexpected cushion: repurposed Nerf gun darts, covered with black velvet.

The whole process took some trial and error. The brass leaves being carved out in this GIF were actually too fragile, and had to be replaced with bronze. 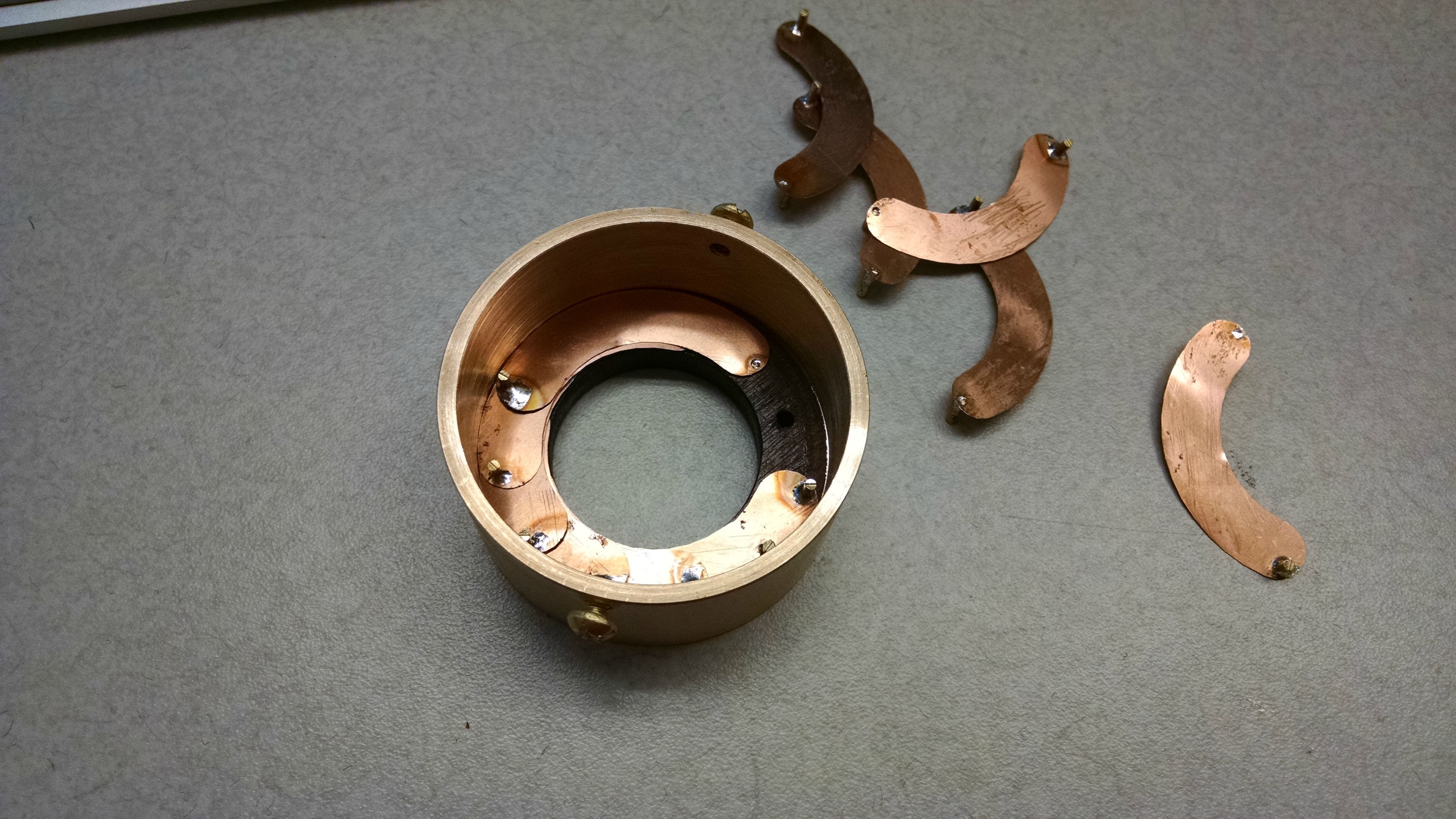 According to its creator, the ring box required “a few different tools, including a ShopBot CNC router, a precise manual Sherline lathe, a Roland MDX-20 precision CNC mill and an Epilog 35W laser cutter.”

So, not a DIY project for the faint of heart. Absolutely worth all that hard work in the end, though.