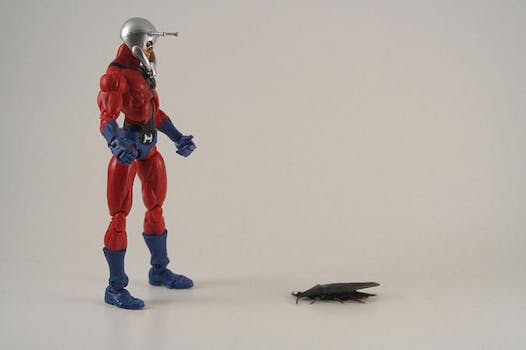 On Friday, we finally got a look at the first trailer for Marvel’s much-anticipated but setback-plagued Ant-Man.

Except we really had to look, because the teaser trailer was literally ant-sized.

That teaser promised a “human-sized” trailer on Jan. 6, to accompany the premiere of Marvel’s new TV show, Agent Carter. Marvel must have gotten antsy, because another teaser dropped this weekend. And no, you don’t have to squint for this one.

As with many superhero trailers these days, there’s not a lot to bite on, but you do see Paul Rudd walking in slow motion.

The full trailer will debut during Agent Carter on Tuesday.