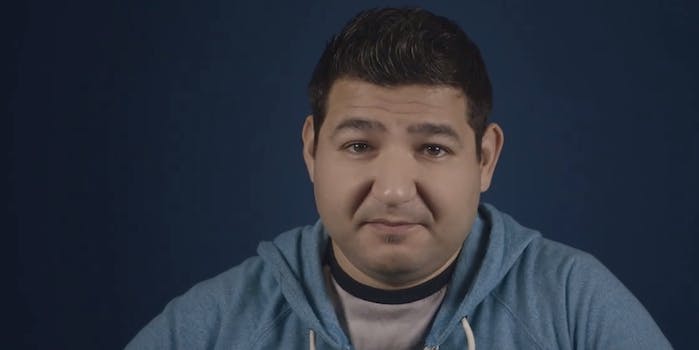 The Feminist Frequency host brings in male voices for her latest video.

It’s been a rough year for Anita Sarkeesian, so it’s only fair that the beleaguered gaming critic gets a break once in a while. In her latest video for her Feminist Frequency YouTube channel, she takes a break from her Tropes vs. Women series in order to let male gamers take the stage.

The video, “25 Invisible Benefits of Gaming While Male,” is a visual representation of a controversial Polygon opinion piece by writer Jonathan McIntosh. Though the piece came out in April, the events of Gamergate, in which women including Sarkeesian were systematically harassed and issued death and rape threats, seemed to confirm the existence of the gender divide that McIntosh’s piece highlights.

In the piece, McIntosh attempts to create a checklist of “some of the concrete benefits and bonuses my fellow male gamers and I are afforded simply by virtue of being male.” The video likewise depicts a wide variety of male gamers acknowledging and making visible some of the “invisible” privileges they enjoy.

Some of these are obvious, like generally avoiding harassment. Some of them are less so, like being able to buy a game in a comic store without being asked whether they’re buying it for a wife or a sister.

As women speak out about these and other experiences in the gaming and geek communities, they bring greater visibility to the issues. But speaking out carries a great personal toll, too, like the recent cancellation of a planned speech by Sarkeesian at a Utah university after authorities refused to implement a bag search in response to a threat she received of mass violence on the campus. One privilege made visible by the video’s existence is that men like the ones shown on screen can generally express their opinions without fear of being doxxed or threatened.

Hopefully, as they speak out, they’re making it safer for women like Sarkeesian to do so as well.

Disclosure: This reporter was a monthly donor to Sarkeesian’s Feminist Frequency website from 2011 to 2013.