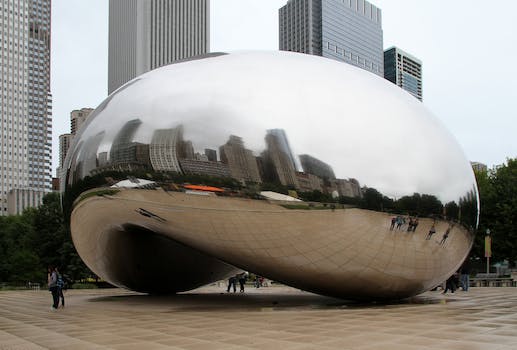 This gloriously petty art feud is taking Instagram by storm

Thanks to a feud involving one of the world’s richest living artists, we may finally discover whether pink is the new black.

Vantablack is the blackest black in existence, a substance developed for industrial use by the company Surrey NanoSystems. Designed to absorb 99.965 percent of visible light, it’s so black that when you apply it to a three-dimensional object, that object will resemble a black hole due to the lack of reflection on its surface.

Artist Anish Kapoor was immediately fascinated by Vantablack, and its ability to create a visual void. Famous for making impactful, abstract sculptures like Cloud Gate (aka the Chicago Bean), Kapoor bought the exclusive rights to use Vantablack in works of art.

This turned out to be the first step in a public (and very entertaining) artistic feud.

Many artists objected to the idea of Kapoor keeping Vantablack to himself, and the controversy really kicked off when painter Christian Furr told the Daily Mail, “I’ve never heard of an artist monopolising a material… It isn’t right that it belongs to one man.”

As a form of tongue-in-cheek revenge, British artist Stuart Semple launched a rival product: “The World’s Pinkest Pink.” Retailing at £3.99 ($4.91) for a small pot of fluorescent powder, Semple’s pink pigment is considerably cheaper than the high-tech Vantablack. It’s also available to absolutely anyone—except Anish Kapoor. On Semple’s website, the pigment is accompanied by this disclaimer:

Inevitably, someone ignored that disclaimer. A pigment heist took place, and the Pink found its way into the hands of none other than Anish Kapoor, who posted this photo on Instagram.

Semple responded by creating “Diamond Dust,” the world’s glitteriest glitter, telling Dezeen magazine, “[Kapoor] will be told off and hopefully that will teach him to share his colours in future.”

Semple is clearly having a lot of fun treating Kapoor, one of the richest artists in the world, as if he were a grumpy toddler who refuses to share his toys.

One week after Kapoor’s Instagram post, Semple shared a video of his fingers covered in a suspiciously black shade of black. But was it Vantablack? Not according to Vantablack creator Ben Jensen, who replied in the comments:

“Nice try 😄! You would have cooked your fingers at over 100C to apply visible spectrum super-black paints that are commercially available, but you can prove me wrong by showing a short clip of it being applied to said fingers. If it was Vantablack you would have roasted your hand at a pleasant 400C and if it was Vantablack S-VIS then c. 100C.”

Rather than being a traditional paint or pigment, Vantablack is an industrial coating that requires a very specific process to function correctly. Speaking to The Outline, Jensen explained that even the most user-friendly version, Vantablack S-VIS, must be applied in a vacuum chamber, then treated with additional chemicals and heated to around 212 degrees Fahrenheit.

By this point, the Kapoor/Semple pigment dispute had developed a fan-following. Semple became an avatar of high-caliber pettiness, continuing to create new pigments and loudly request an apology from Kapoor. People now follow his Snapchat account for regular updates on the feud, and Tumblr fandom began to produce surreal fanfic about it.

The latest development saw Semple tracking down the “narc” who shared the Pink with Kapoor. He posted a copy of his letter to the Lisson Gallery in London, in which he accuses it of obtaining the Pink on Kapoor’s behalf and demanded restitution for the crime.

“The comments on [Kapoor’s Instagram photo] clearly demonstrate the negative impact such a gesture has had upon a whole community,” wrote Semple. “He needs to say sorry for hurting everyone’s feelings.

Semple also posted a list of demands, suggesting that Kapoor should either relinquish his exclusive rights to Vantablack, or write “I will be nice, I will share my colours” 100 times as a punishment. (We recommend reading the entire letter.)

Sorry, Anish Kapoor, you’re the only person who isn’t legally allowed to drink this entire 100-gallon drum of vinegar.

So far, Kapoor hasn’t posted any further response—which somehow makes the feud even more entertaining. The whole situation is ostentatiously petty, and becomes even more ridiculous when you realize that Vantablack is virtually impossible to use anyway for the reasons outlined above.

The Semple/Kapoor feud is both a matter of principle, and a work of (trollish) art in itself. It reminds the world that Kapoor, who says things like, “Perhaps the darkest black is the black we carry within ourselves,” is keeping a near-unusable art supply to himself. Meanwhile, Semple gets a new outlet to promote his pigment colors, and everyone else has fun watching the feud play out on social media.

We look forward to seeing Semple’s own version of extremely black paint, which appears to be in progress as we speak.