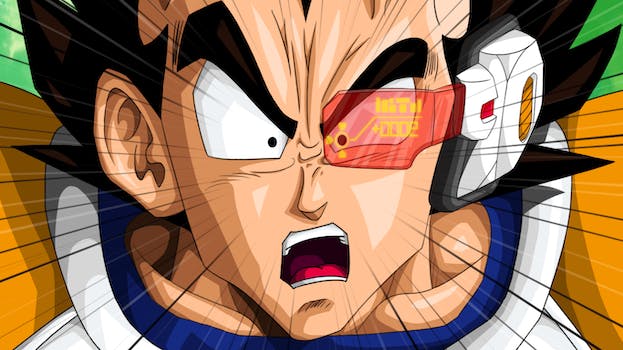 Anime culture is infinitely memeable, and we've collected some of the best.

Anime offers viewers a door to a world of infinite possibilities, full of unimaginable evils and hysterical storylines. This versatility makes for die-hard fans, but the vast genre can seem odd to outsiders. Thankfully some of the best memes can still be enjoyed by anyone, and they’re everywhere on the internet. To save you some time, here are the 13 best anime memes of all time, whether you’re rocking an Akira tattoo or just saw an episode of Speed Racer that one time.

The best anime memes on the internet

The quintessential Dragon Ball Z meme isn’t particularly funny, but we’d be remiss not to pay tribute. Referencing Vegeta’s terrible realization that Goku was far more powerful than he initially imagined, “it’s over 9000” has become a part of the modern internet lexicon, used to describe any moment of surprising effect. Crush your crazy aunt in a Facebook comment? The argument is over 9000. Demolish your friend in NBA 2K17? Your score is over 9000. Yes, it’s overdone, but the classics never go out of style. Here’s to you Vegeta. Your influence is over 9000.

Navigating the internet can be an exhausting experience, thanks mostly to other people. Between the trolls and keyboard pundits who drive you insane, just logging on some days takes it out of you. In moments where another person online has drained every last drop of life from you, reach for this meme. Featuring Sword Art Online’s Kuroyukihime, this simple prayer may go unanswered, but the catharsis is real.

3) How anime looks when I’m alone

Lots of anime fans have had to combat the (wrong) stereotype that anime is just sexualized girls, monsters, or sexualized monster girls. For those moments when someone who judges your anime consumption walks in just as some fan service hits the screen, this meme is there. We know whats in your heart, even if your parents think you’re watching La Blue Girl.

According to Know Your Meme, “Spot the Main Character” was born in 2013 as part of a Yugi Muto post on Tumblr that highlights how absurdly different Yugi looks compared to the people around him. Thus was born a meme, and a troubling pattern, where protagonists stick out like sore thumbs in their respective tales. How the hell are you supposed to hide from evil when you can’t even blend into a crowd? Yugi will never know.

Similar in spirit to “how anime looks when I’m alone,” this meme embraces the opposite end of the spectrum: the gratuitous fanservice stories we know and love. Sometimes it’s OK to admit you’re watching anime because you like sexy cartoons. Just tell people you’re into it for the plot. It worked for your grandpa’s Playboy collection.

It’s hard to find just one best meme from the category of Super Saiyan remixes. Like “it’s over 9,000,” this Dragonball franchise riff has taken on a life of its own. In the series, the alien species known as Saiyans are intergalactically renowned warriors in their right, but when they enter their Super Saiyan form the transformation renders them nearly unstoppable. When people rise to these superhuman heights, they receive an honor more magnificent than any award: a Super Saiyan remix. Behold, and enjoy our favorites.

Rather than a catchphrase or identifiable image, FailSubs are more a genre of meme than single specific style. The unique charms of these out-of-context moments make each a special treasure, even if it’s impossible for each one to catch on. We present a loving tribute to three of the greatest.

A great meme can cut you to the core, but this example using the series It’s Not My Fault I’m Not Popular almost feels personal. If you’ve ever suddenly faced a horrific image of yourself in an early morning Skype meeting, you’ll know the pain of this perfect, brutal meme.

It’s a tale as old as time. We always fall the bad guys. Spike in Buffy the Vampire Slayer, The Joker in Batman, Vegeta in Dragonball Z; it’s impossible to hate a charismatic bad guy for long. But in the world of anime, even bad guys can find themselves in dangers. Nothing encapsulates that feeling for Tokyo Ghoul fans quite like this Nishiki Nishio meme. He’s a miserable jerk. Please don’t hurt him.

If you’ve ever spent 20 minutes trying to explain the difference between the movie Akira and the multi-volume masterpiece of ink and paper, we humbly present the truest anime meme of them all. This truth comes in many flavors, though we’re partial to iceberg and Tokyo Ghoul personally.

You can tell a culture has been fully accepted by the world when its endearingly obnoxious qualities become part of the lexicon. According to Know Your Meme, that moment for anime fans came Jan. 27, 2017 when Redditor ZherofyM8 posted the following meme.

It’s a simple joke format that works in many formats, both dark…

The mark of a great meme is versatility. That’s what makes this meme one of best new additions to the pack.