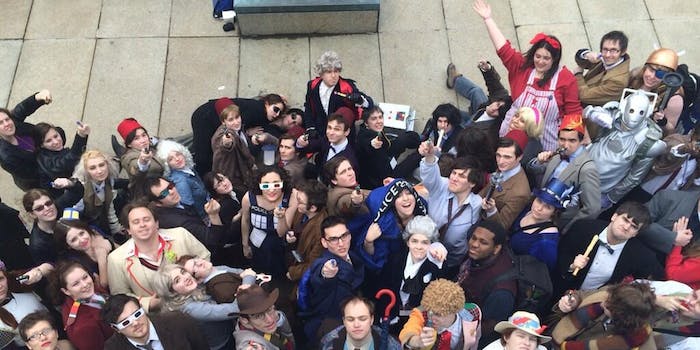 Should cons try harder to stop the swell of other encroaching fandoms? At Anime Boston, the answer seems to be yes—and no.

What do you do if your anime con stops being an anime con and starts being an “everything” con?

Anime Boston is one of the largest long-running anime conventions on the East Coast. It’s also one of the hotbeds of a conversation that’s been happening at anime cons across the U.S. in recent years: Should conventions that celebrate Japanese animation and pop culture remain separate and distinct? There’s an undeniable and growing overlap when it comes to fan interests, and con attendees are bringing those sundry fandoms into con spaces. In the face of this expansion, how do you keep an anime con from being overrun with things that aren’t anime?

Or should you even try? 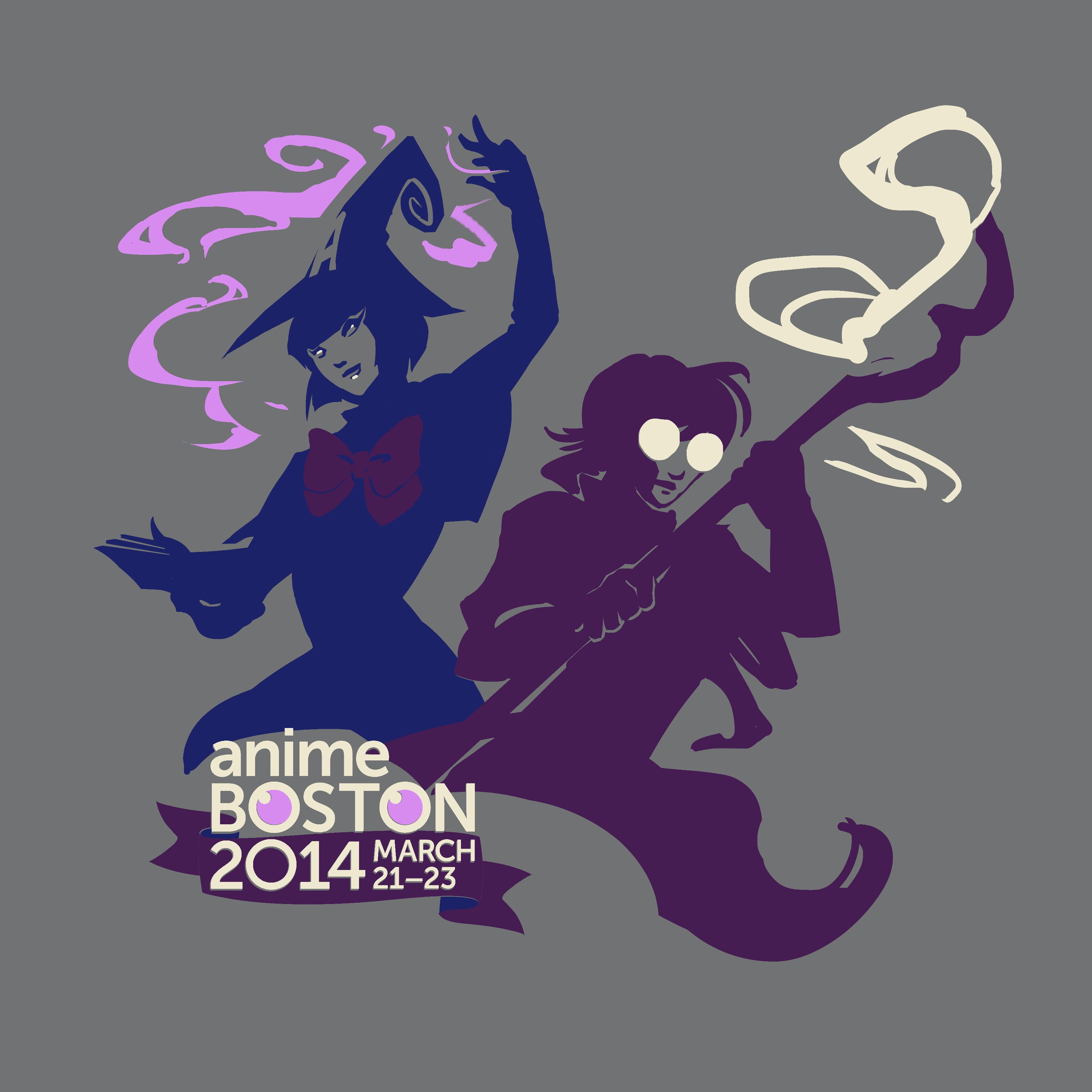 Cross-cultural fandoms are growing and have been for years. In English-language fandoms, the spread and overlap has given rise to new “super-fandoms” like SuperWhoLock and the Rise of the Brave Tangled Frozen Dragons. Other new fandoms, particularly Nerdfighters, exist in part because they appeal to a variety of intersecting communities. In the age of Tumblr, you’re no longer a devotee of a single comic, character, or genre. You join the collective idea of fandom, and fandom itself becomes a collection of things you like.

Noted new media academic Henry Jenkins described and predicted this growth in 2006 in his book Convergence Culture, which argued for the emergence of a new kind of fluidity between social and media platforms and participatory fandoms. If remix culture is changing what kinds of creative content we produce and share, convergence is changing how we share it.

As the most visible offline extension of the Internet fan community, conventions are the place to see convergence culture in action. In the hallways of major anime cons like Anime Boston and Otakon, you’ll find numerous references to the world of fandom outside of Japan. Doctor Who cosplayers wander between panels, along with Disney characters, Homestuck trolls, comics superheroes, and more. 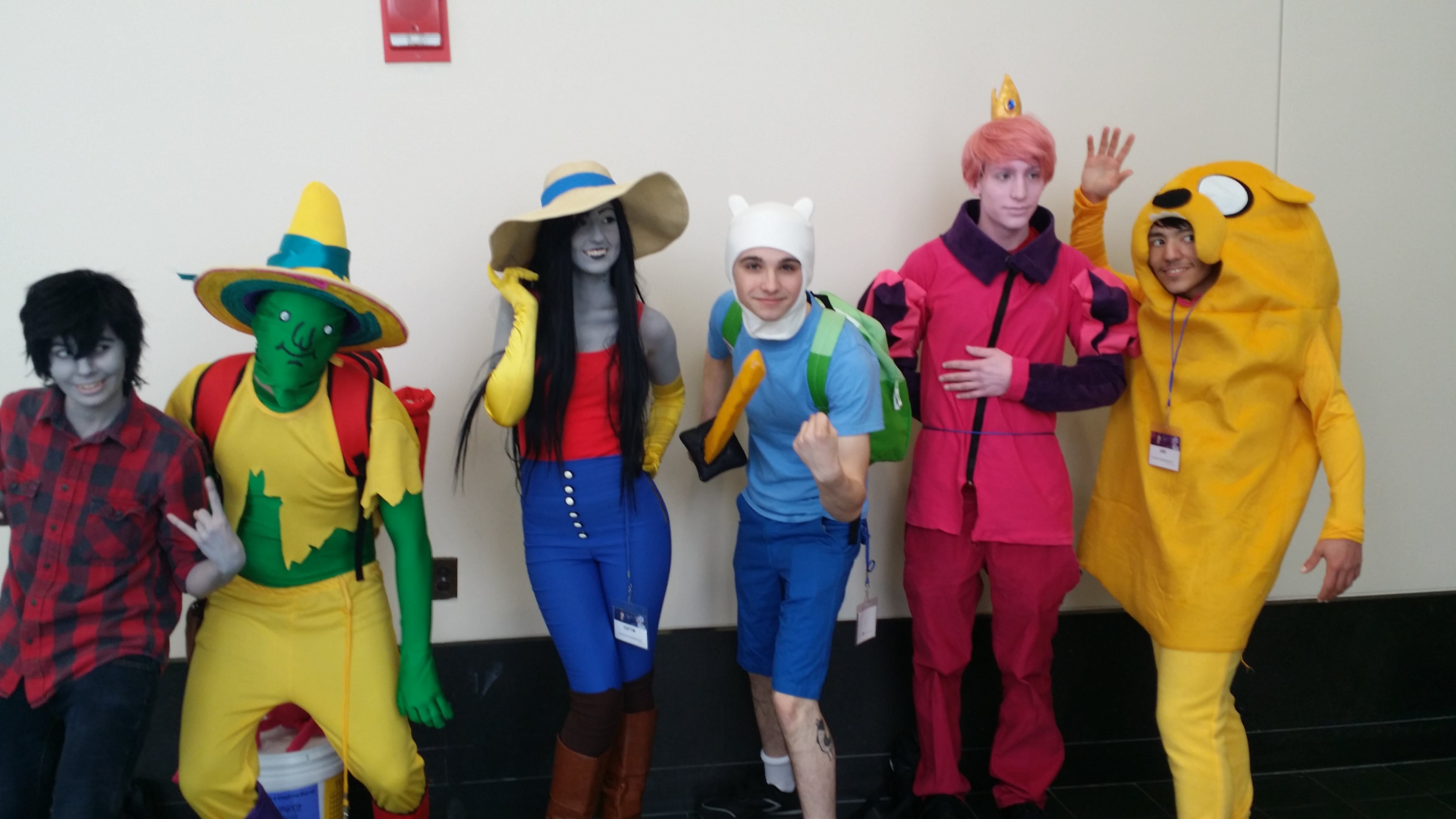 Yet in the official schedules and panels of these cons, you’d never know these broader interests exist. Anime Boston explicitly limits itself to Japanese culture as part of its mission statement, which is “to celebrate and promote Japanese animation, comics, and pop-culture.” Last year at Otakon, while cosplay from all fandoms paraded through the streets of Baltimore, only two panels ventured explicitly outside the realm of Japanese culture, and these were very close cousins. The first was a Transformers panel, sitting beside similar panels on Japanese mecha and kaiju; the other was a panel on The Legend of Korra, the popular follow-up to Avatar: the Last Airbender. Both are frequently described as “anime” despite being American in origin because their design is done in the style of Japanese animation.

But the real elephant in the room is a fandom that’s frequently compared to anime and manga, as well as comics, sci-fi, video games, and just about every other flavor of media—as well as once, memorably, to James Joyce’s Ulysses. That fandom is Homestuck, the esoteric, difficult, incredibly popular multimedia web phenomenon that’s less a webcomic than it is a transmedia serial narrative that’s made its beloved author, Andrew Hussie, into something of a fandom demigod.

Homestuck is to other fandoms what Melville’s Bartleby is to his coworkers: a homeless inscrutability who belongs nowhere and yet refuses to leave. Homestuck, adept at uniting numerous genres into one epic hybrid format, fits into none of those genres entirely. It doesn’t belong at an anime con or a comic con, necessarily, yet go to any of these and you’ll find swarms of Homestuck cosplayers painting the hallways grey. Since it started showing up, Homestuck has made an indelible impression on convention culture, as omnipresent in cosplay as it is absent from actual convention schedules. 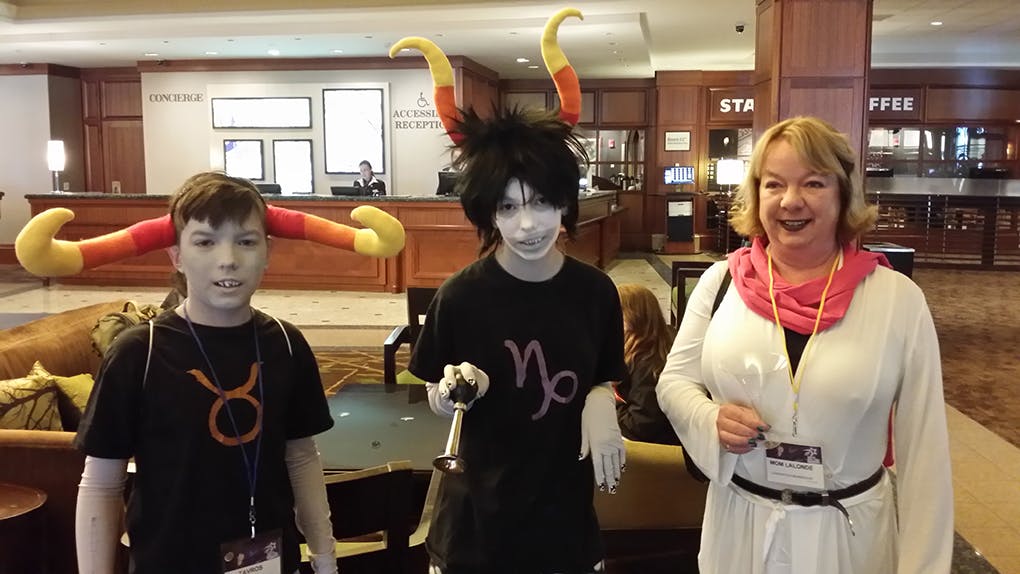 At Anime Boston this year, Hussie himself appeared on Saturday and Sunday to do a signing at his What Pumpkin merchandise booth. Homestuck fans flooded the convention exhibit hall to get a chance to meet their idol. But outside of the dealer room, Hussie was nowhere to be found. Although he was arguably the biggest name at Anime Boston this year, he wasn’t actually an official guest of the con.

One Bro Stryder cosplayer told me he works on the official Homestuck wiki. Was he upset Hussie wasn’t appearing on the official con schedule? He shrugged. “Not really,” he said. “I’m just excited he’s going to be here at all.” 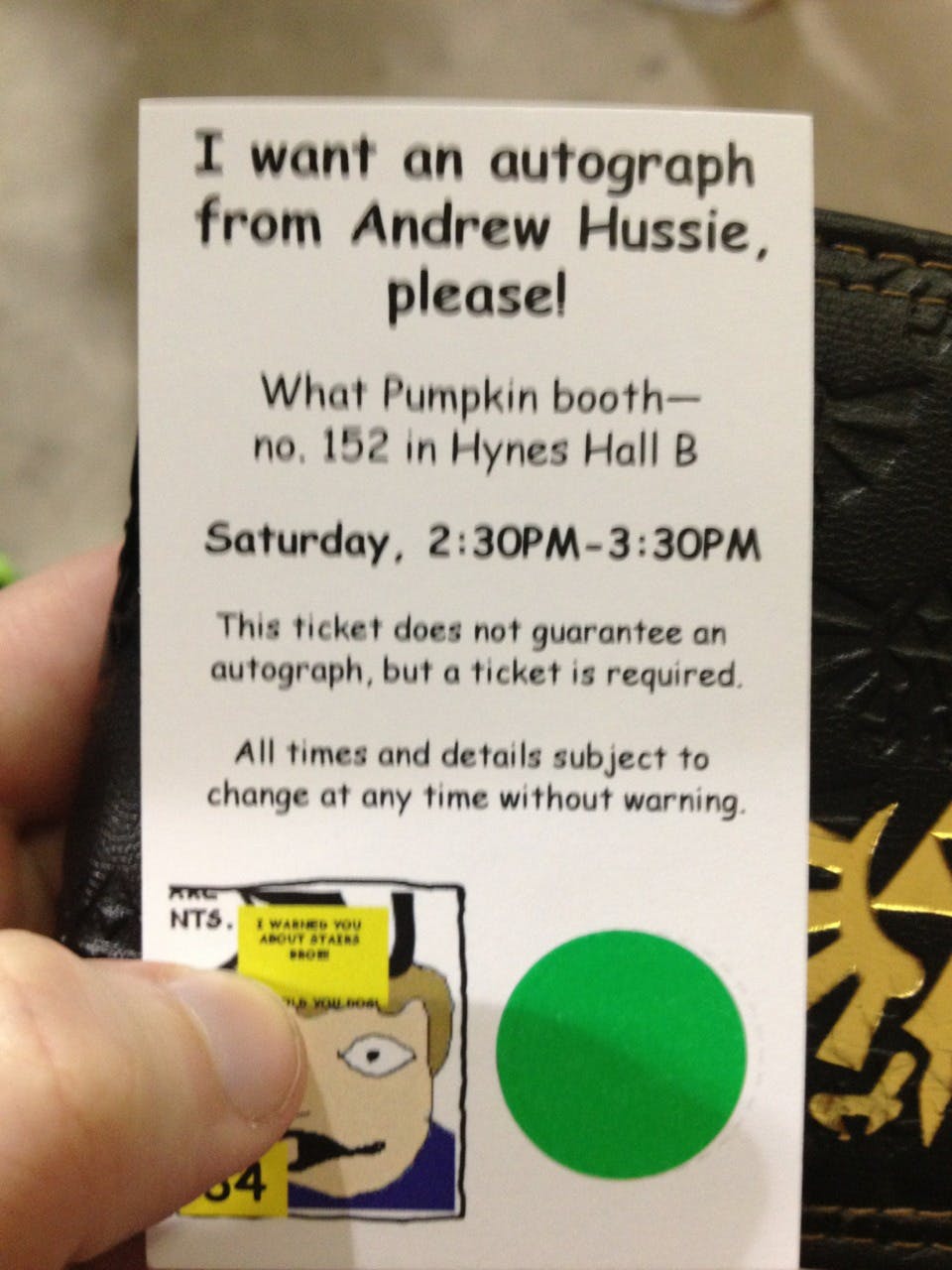 The con’s official lack of acknowledgment of Hussie’s presence might seem like a cold shoulder. But anime conventions aren’t alone in grappling with the question of insularity and overlap. At comic cons in recent years, there’s been much grumbling and complaining about the influx of Twilight fans into the mix of die-hard comic geeks. The idea that many of these Twilight fans are also die-hard geeks has been a tough sell. And not all anime fans are willing to embrace the idea of their cons opening up to more fandoms. One fan at Anime Boston told me she recently decided not to attend another anime con because she saw that it was hosting a Welcome to Night Vale panel.

Ethan Woodard, a graduate student at Dartmouth, argues that what’s happening in anime/manga fandom isn’t actually a convergence of cultures merging together, but a more universal process of globalization. In his panel at Anime Boston, “Transnational Otaku: Anime, The Internet, and The World,” he cited doujinshi, a popular form of Japanese fan manga, and anime music videos (AMVs) as examples of fanworks that show the unique identity of Japanese fandoms. He describes the interest in expanding fandoms as having less to do with a blending of cultural signifiers between anime and other English-language fandoms, and more as a kind of “cross-pollination.”

“Everybody’s culture is becoming everybody else’s culture,” he told me.

“That’s just a factor of new technologies. You will see similarities between yaoi fangirls and slash fiction writers, but there’s definitely signifiers—different storytelling structures, different keywords—that yaoi fangirls will use that slash fans won’t. If you watch Supernatural, the show, it’s a lot different from Supernatural, the anime… What’s special about anime is that it does retain a single cultural value, and that is because it doesn’t just come from everywhere. It comes from Japan.”

Japanese culture has long had a concern with insularity, a topic that recent hits like Attack on Titan and Kill La Kill have used as a theme. But the ironic thing about the way cons like Anime Boston have set perimeters between themselves and outside fandoms is that collectiveness has always served anime and manga well. After all, there’s no more similarity between a cute educational children’s series like Folk Tales From Japan and a steamy yaoi like Viewfinder than there is between Sesame Street and the Red Shoe Diaries. Yet both of them are fair game for an anime convention, and typical anime fans are generally going to be familiar with a wide variety of genres in their medium.

The U.S. fascination with Japanese media as an extension of Japanese culture has long meant that English-language fans of both could easily identify themselves as “otaku”—the Japanese word for obsessed fan. In truth it’s more complicated than that: In Japan, the word has long had a derogatory connotation, one its recent English-language adoption has started to erase. But while in Japan, an “otaku” may be a fan of anything, in the U.S. to be an “otaku” is to be a fan of Japanese media specifically. Regardless of genre, if it’s in Japanese, you’re going to be interested.

This principle has enforced a loose boundary around anime conventions for decades. But that’s changing. In 2006, two Philadelphia cons, Kosaikon and Zentrancon, merged to form a new anime con, Zenkaikon, with elements of sci-fi and fantasy fandoms, as well as LARP and tabletop gaming. Popular anime convention speaker Charles Dunbar, who wrote about anime cons “growing up” in this expanding culture of convergence for the Daily Dot last fall, sees Zenkaikon as just one way that anime fans are working within the boundaries of existing convention culture to compromise and make room for more growth and diversity.

Another example of this sprang directly from Anime Boston in 2011, when an onslaught of Doctor Who cosplayers converged at the con and subsequently decided to form the Boston Whovians. Although Doctor Who has never been on the schedule at Anime Boston, the fans found one another in the hallways, and formed their own real-life Whovian fandom network.

“Anime Boston is one of those great events that embodies the idea of, ‘if the fans want it, they’ll create it,’” he told me. “This, more than any other con, is a con that sticks to its mission statement about Japanese and animation culture. So it leaves the fans totally up to themselves to get the multi-fandom convergent angle they want. And they do. In the cosplay, in the fanart, sitting in the halls, telling stories, going to the bar, wandering around out in the street—this is the one place where fans pretty much have to do it themselves, so they go and do it.” 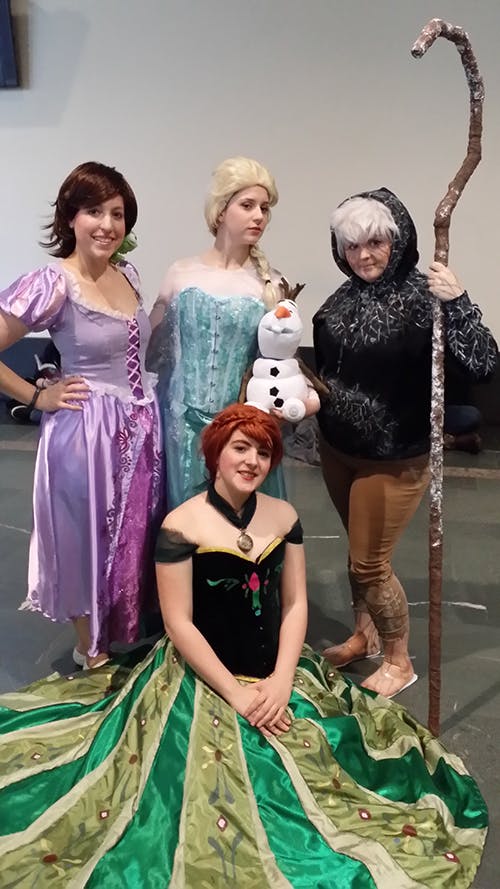 Has that cowed the enthusiasm for other fandoms? “Hell no,” says Dunbar. He sees Anime Boston’s environment as entirely welcoming, if tacit: “We won’t schedule it, but by all means, do it.” More and more, cultural observers like Dunbar are at least as interested in what fans are doing outside the panels as scheduled events. “The ‘official’ goals of anime conventions are eclipsed more and more by the general pursuit of being a fan and what being a fan means: finding that place for yourself within an open, accepting community,” Dunbar wrote last year.

But more and more, the official goals of anime cons may be aligning with those of their attendees. After all, not even Anime Boston is immune to cultural overlap. In the dealer room, exhibitors hawked wares from all kinds of sci-fi, fantasy, gaming, and English-language fandoms. In the karaoke room, you could only sing in Japanese, that is unless you took a break for some Chinese pop, Thai pop, or K-pop.

And on the official con schedule? Perhaps the most telling detail of all: a Friday night panel called “Get Off My Lawn!” that affectionately warned anime fans against the impossibilities of gatekeeping.