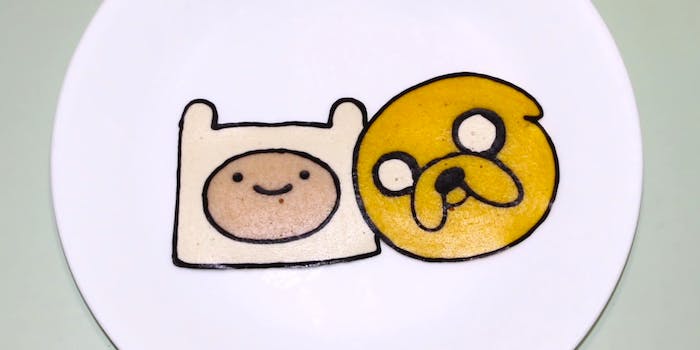 These cartoon characters have never looked so tasty.

From Star Wars characters to the entire team of Marvel’s Avengers, pop culture has inspired the creation of some amazingly artistic pancakes.

YouTube channel TigerTomato, however, is blowing us away with their colorful reimagining of our favorite animated characters in flapjack form.

TigerTomato’s pancake art features animated characters from every medium including TV, video games, and movies. Frozen’s Elsa, Pokémon’s Pikachu, My Little Pony’s Rainbow Dash, and Adventure Time’s Finn and Jake are just a few of the characters who have been transformed into pancakes.

In the comment sections of their videos, TigerTomato answers questions from viewers curious about their process. One of the most common questions asked is if the creators eat the pancakes. Even though the pancakes look like art, they are edible since they’re just made with pancake mix and food coloring. Simple ingredients for impressive work.

You can check out some more of their creative pancakes below and see all of their pancake art on their YouTube channel.

The only thing that could make these better is a little butter and syrup.