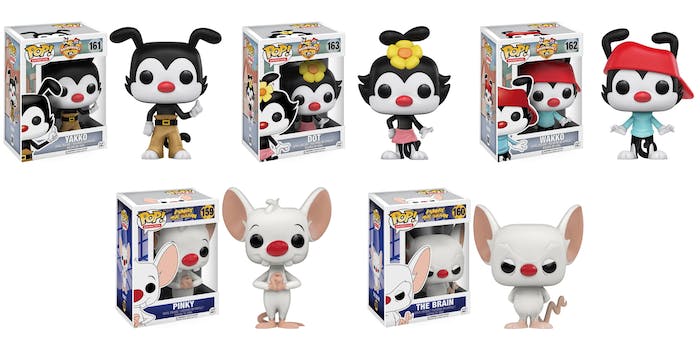 Do you know what this means, Pinky?

We admit it: We’ve been binge watching Animaniacs nonstop since it appeared on Netflix earlier this year.

Watching Yakko, Wakko, and Dot is just as satisfying today as it was back in the ’90s when it was our go-to afterschool cartoon. (And it still goes great with a big bowl of Lucky Charms… but don’t tell our moms we still eat that junk.)

Now thanks to Funko, our wacky animated pals can hang out with us on our desks at work too.

The big-headed-action-figure company announced a new set of Animaniacs and Pinky and the Brain Pops today on its blog. Here’s our first look. Yup, we’ll take every last one of them. The new Funko Pops will be available in November.