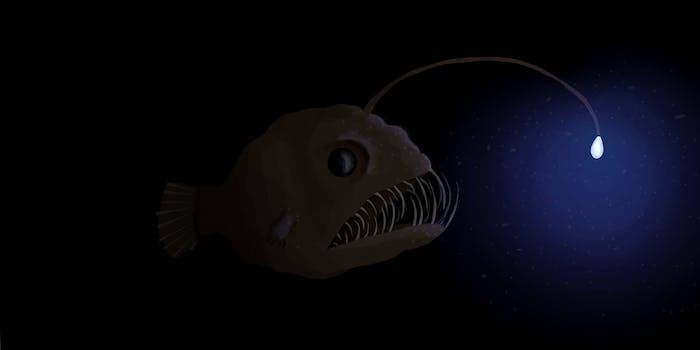 The best Halloween costumes exist at the intersection of creepy, original, and easy to make from household supplies. This glowing anglerfish mask fits all three criteria to a tee.

Anglerfish are the species of deep-sea fish that light their way with a bio-luminescent bulb protruding from their head, which also serves to lure their prey within chomping range. That bulb, combined with their enormous, spiky teeth, make them the perfect choice for a Halloween mask. 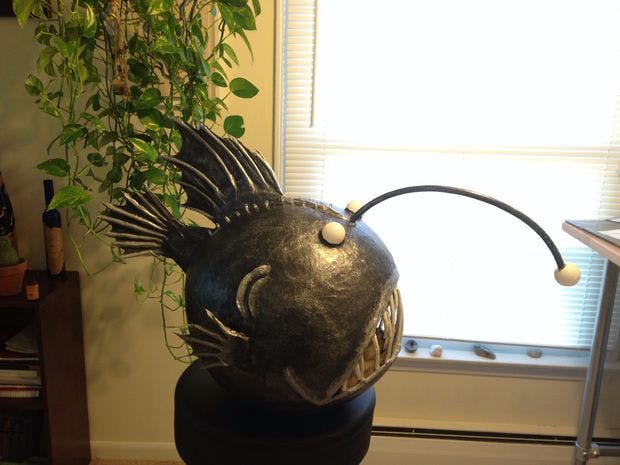 Redditor VonRainbowpants built this mask using a balloon, paper mache, ping-pong balls for the eyes and glowing lure, and a string of LEDs. She documented the whole process, beginning with a balloon and ending with a snazzy paint job. 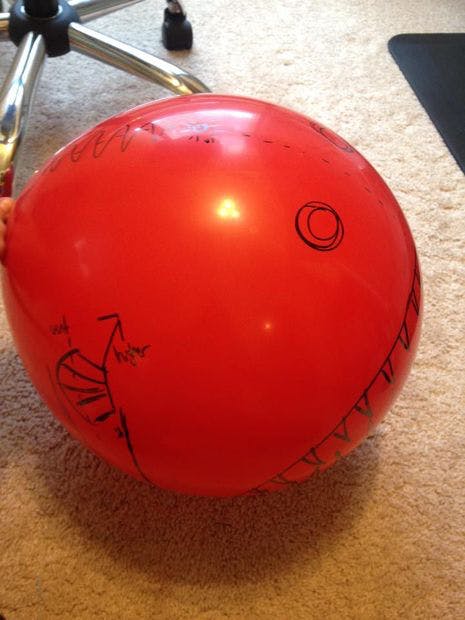 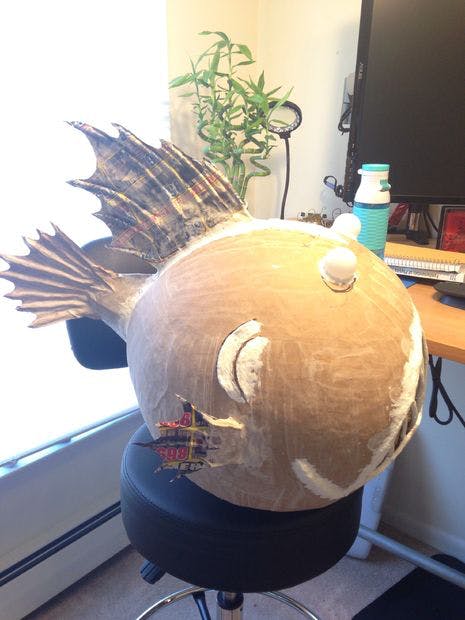 VonRainbowpants even thought to include a tiny male anglerfish clutching the huge female’s body, illustrating the species’ extreme sexual dimorphism. So yes, this is a “girl costume.” It’s also a chic addition to any Halloween party. 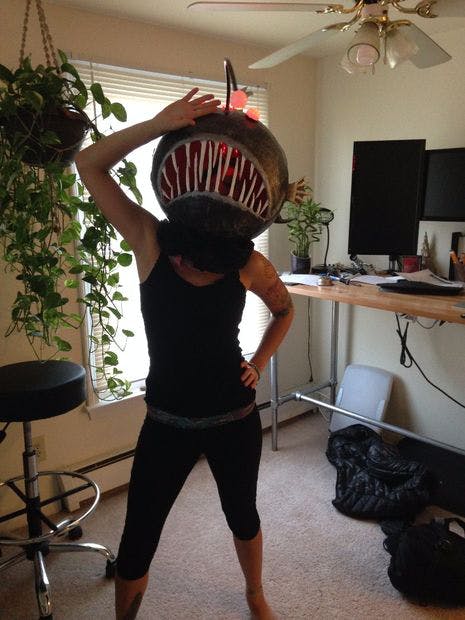 Illustration via Rebeccarawrr/sketchport (CC BY 4.0)