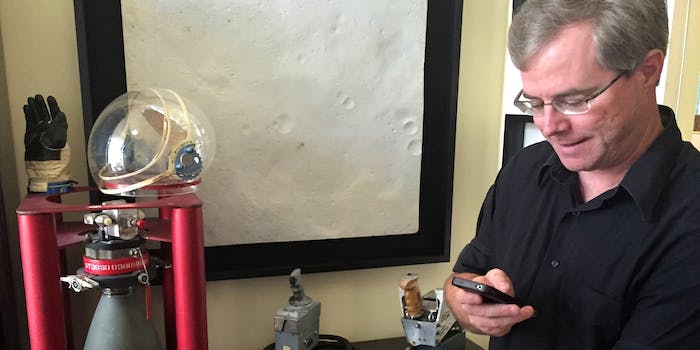 Many published authors write their own fanfiction, but it’s not often that one author’s fanfic becomes part of another’s canon.

The Martian author Andy Weir is a big fan of Ready Player One, and at some point after reading Ernest Cline’s novel he was inspired to write a story set within the universe. He called it “Lacero” and posted it on his website. It explores the backstory and motivations of the book’s primary antagonist, Nolan Sorrento.

Weir published “Lacero” in August 2014, and every so often the story has resurfaced online as more fans discovered it. Cline eventually discovered Weir’s story and shared it with his followers, calling it “My favorite piece of Ready Player One fanfiction.” He later mentioned it in an interview with GameCrate and said that Weir sent him the story in an email.

My favorite piece of Ready Player One fan fiction was written by Andy Weir, the bestselling author of The Martian: https://t.co/bPwvrwSV8o

Until last week, “Lacero” was just a piece of well-received fanfic that Cline happened to like. Subterranean Press just released a new, limited paperback edition of Ready Player One, and included as bonus material in the pages is “Lacero,” reprinted with Weir’s permission.

Weir revealed the addition of his fanfic in Ready Player One in a Facebook post along with a note he got from Cline after thanking him for the book and confirmed that his backstory was now canon.

“[Subterranean Press] sent me a couple of copies of the edition, so I sent Ernie a thank-you email,” Weir wrote. “And I got this reply: ‘Hey Andy! So glad you received your copies. Thank YOU once again for letting us republish your short story. Now it’s canon! I hope you’re well, sir. -Ernie.’ You heard the man. Canon. Booyah!”

Ready Player One is currently being adapted into a film directed by Steven Spielberg, and with its release date more than two years away, we’ll have to wait and see if any aspects of Weir’s fanfiction end up in the movie.