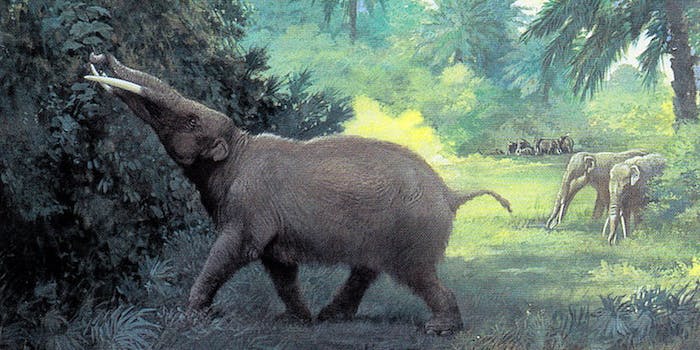 Scientists have discovered the Clovis people took down these elephant-like animals in style.

Paleo diet adherents can add another food item to their menu: a four-tusked, elephant-like animal that roamed the Americas during the Miocene and Pliocene.

Scientists has discovered the bones of just such a creature in Mexico along with evidence that they were nommed by early Native Americans.

The trunked animals are now extinct, so you can’t really eat them, but eating a truly Paleo diet was always a questionable proposition. The findings do, however, have some neat implications for how humans first came to the Western Hemisphere. 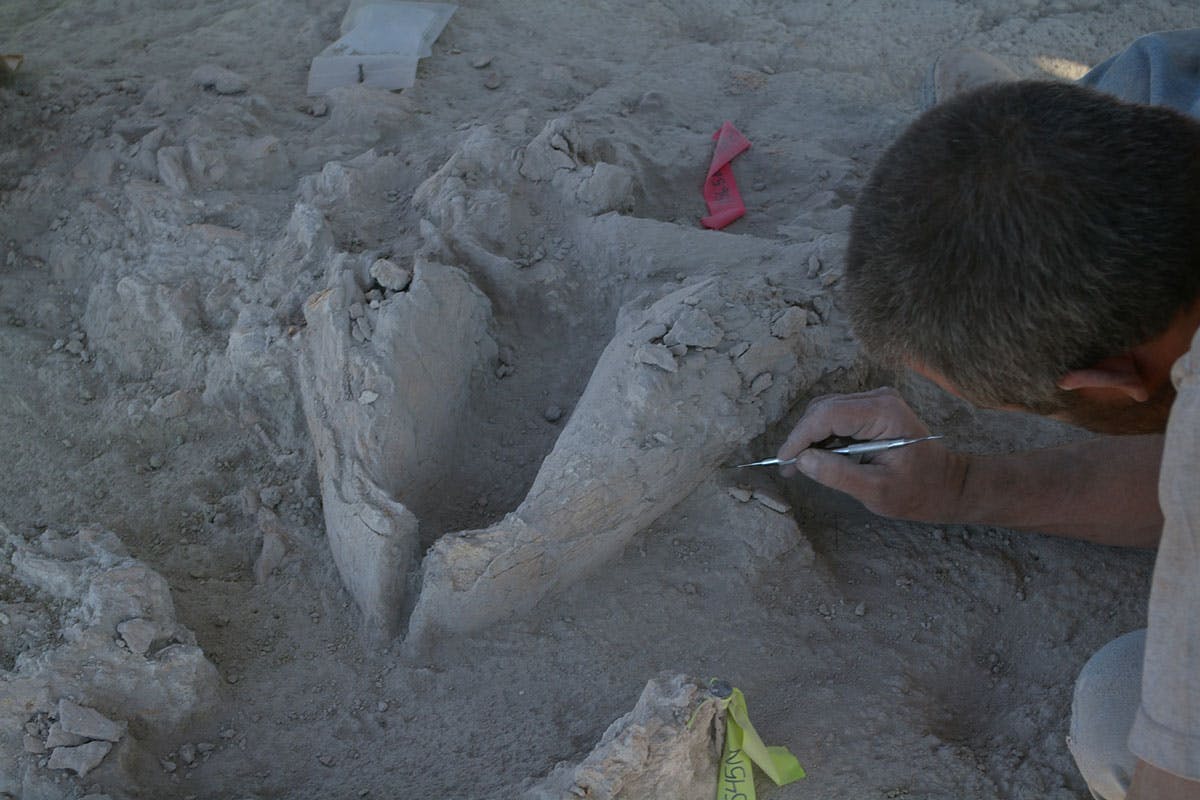 The tusked giants were called gomphotheres. Scientists didn’t realize that humans preyed on gomphotheres because they never found any evidence for that—gomphotheres are rare in the fossil record. The new discovery, dug up in the Sonoran Desert at a site called El Fin del Mundo, shows that humans and gomphotheres did clash, to the detriment of the latter. Two sets of gomphothere bones were found with 27 stone and bone tools used by the so-called Clovis people, the earliest well-characterized group of humans in the Americas.

To add to the already cool finding, one of the artifacts was a clear quartz crystal point, embedded just one meter away from a gomphothere. These early Native Americans hunted in style. The findings were published July 14 in the Proceedings of the National Academy of Sciences. 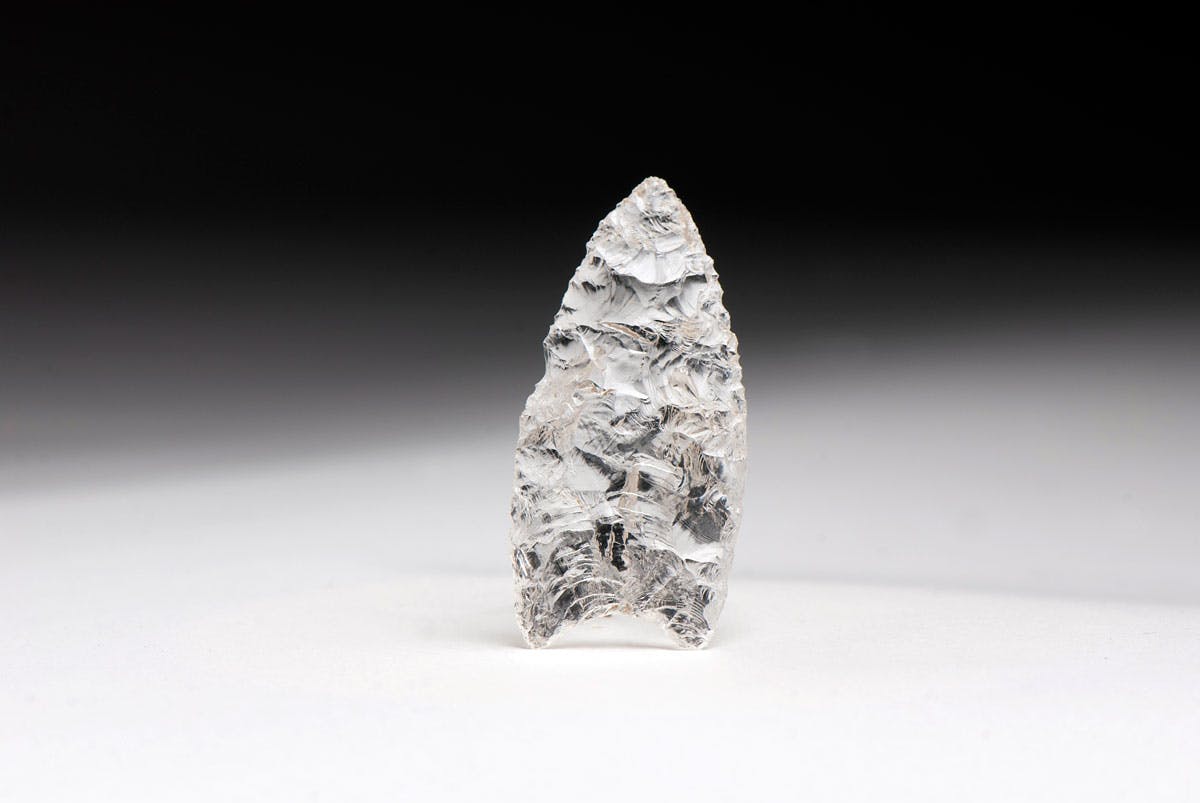 A clear quartz crystal Clovis point would have been difficult to shape. Photo courtesy of INAH Sonora

Clovis points are slender, distinct spear points. They’ve only been found in the Americas and date back to about 13,500 years ago, according to a Smithsonian magazine article published last year. Clovis culture was the first to emerge in the Americas, and as the people spread out, the culture fragmented and the way they made stone points changed.

Until now, most researchers believed that the Clovis people came from Siberia and moved from the north to the south of the Americas. El Fin del Mundo is one of the oldest and southernmost sites where Clovis artifacts have been discovered.

“All of a sudden here we are with the two oldest Clovis sites in North America in the south,” Vance Holliday told National Geographic. Holliday is one of the study’s co-authors and an archeologist from the University of Arizona. “It raises the possibility that maybe Clovis didn’t originate [in the north]. If it didn’t, then it obviously had to come from somewhere else, which means it could be even older.”