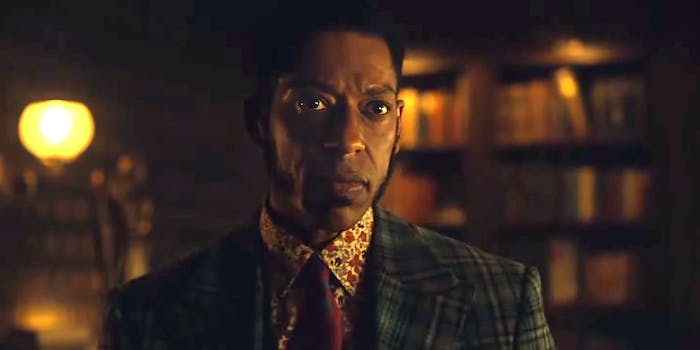 American Gods star and consulting producer Orlando Jones said that he was fired by the new, season 3 showrunner.

In a video posted to Twitter over the weekend, Jones said the showrunner Charles Eglee fired him because he didn’t like the character’s “angry, get-shit-done” attitude. Jones added that Eglee, who is white, said Mr. Nancy, Jones’ character and one of the central roles of the show, was “the wrong message for Black America.”

“There will be no more Mr. Nancy. Don’t let these motherfuckers tell you they love Mr. Nancy. They don’t,” Jones said in the video.

In an interview with Variety, Jones said the higherups said the show isn’t focusing on Mr. Nancy’s character this season. But Jones thinks that’s a sugarcoated way of saying he’s fired. Jones added that he never received an official release form, so he’s unable to work on other projects.

At the request of Neil Gaiman, the author of the book that inspired the TV series, Jones wrote his character and several other characters who were played by people of color for season 2. But the show seems to be taking a different direction under the new showrunner.

American Gods is known for its tumultuous turnovers. The original creators of the show were fired after the first season. Then, the season 2 showrunner was “asked to stop working” for the series. Another actor Mousa Kraish, who played “the Jinn” an LGBTQ character in the show, also announced a day after Jones that he wasn’t asked to return to the series, either.

So many of you & reaching out to me with support & love. I am so humbled & grateful for this wonderful community behind @neilhimself & #AmericanGods. I can confirm that I wasn’t asked to come back this season. It has been an honor to play the Jinn & live in his fiery eyed skin..

Twitter users are not happy about the show dismissing two characters played by people of color.