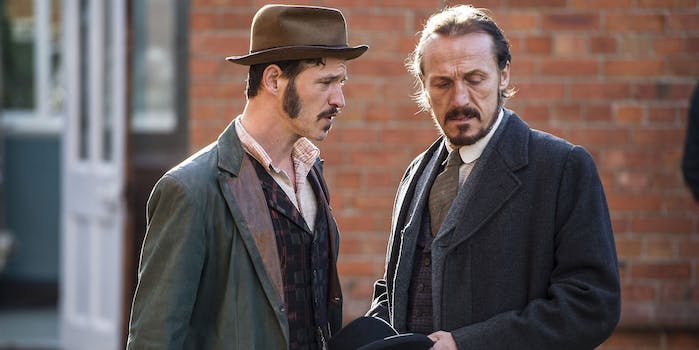 Season 3 will be available on Amazon Prime.

The latest cancelled show to be saved by online streaming is British crime series Ripper Street.

As you can probably tell from the title, Ripper Street is set around the same time as the Jack the Ripper murders, and follows a group of amoral cops and criminals in Victorian London. It got off to a rocky start when it aired on the BBC, but by the end of its second season it had gained a cult following. Unfortunately, the “cult” wasn’t quite enough to hold it in the ratings.

Ripper Street was cancelled in December 2013, but Amazon Prime Instant Video confirmed on Wednesday that it would be resurrecting the show for a third season, with the BBC airing the new episodes a few months after they’d been made available online.

Bringing back Ripper Street is a canny decision on the part of Amazon Prime. Although it was cancelled due to poor ratings, last year it was voted the U.K.’s favorite TV show in a Radio Times poll, above shows like Breaking Bad and Doctor Who. It may not have had the geek cred of more well-known cult TV shows, but it clearly had a dedicated fanbase already campaigning for the show’s return when Amazon first began negotiations to partner with the BBC for a third season.

Another recent coup for Amazon Prime was a partnership with the History Channel to make hit drama Vikings available to stream overseas. Vikings commands a pretty impressive international fandom, which was all too happy to pirate the first season when it aired on the History Channel last year. Cutting out the illegal download middleman was just good business.

By obtaining series like Vikings and Ripper Street, Amazon Prime gains a captive audience of people who might not even have heard of the service before, but are willing to pay for access to their favorite shows.

Although the BBC has no plans to make other deals like this in the future, Amazon representative Tim Leslie said that if audiences were crying out for someone to resurrect a cancelled show, then Amazon Prime would be all too happy to consider it.