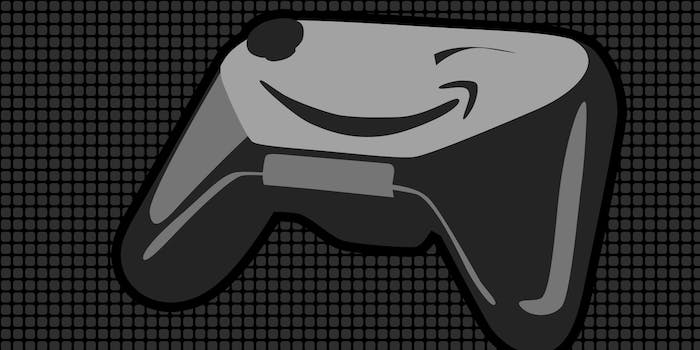 Amazon is sending a mixed message to consumers and developers.

Last week, Amazon announced the release of the Amazon Fire TV, a media box poised to compete against popular cable-cutting options like the Roku and Apple TV. The Fire TV stands out from those competitors thanks to its more powerful hardware, which makes it conducive to gaming.

But will developers even bother making games for the system?

For the average media user, the Amazon Fire TV could seem like an appealing device. It will offer a range of streaming options, such as Netflix, Hulu, and Watch ESPN, as well as Amazon’s streaming service, Amazon Instant Video.

At the same time, it sends a mixed message to gamers and developers. The company has taken a very proactive approach on one hand with the creation of an in-house games studio. It’s brought on big names in the industry, like Portal’s Kim Swift and Splinter Cell Chaos Theory’s Clint Hocking. It’s also purchased Double Helix, the studio responsible for the fighting game Killer Instinct for the Xbox One.

But despite stocking up on gaming talent, Amazon isn’t bundling a controller for the system. Instead, you’ll have to drop $40 and buy it separately.

Potential game developers for the Amazon Fire TV won’t be too excited knowing that only a handful of consumers actually own the controller, as that will make the game audience potentially very small.

The Fire TV’s target audience is likely consumers not necessarily looking for a gaming experience. Parents may purchase a controller so that their kids can play a game like Minecraft on their television. But with Minecraft also on Xbox and PlayStation, it may be a bit redundant.

To a certain extent, Amazon could spur more customers to buy the controller by producing some kind of killer app, a game so good people are willing to shell out extra cash for the system and controller just to own it.

That sets a very high bar, however, especially since the value proposition for gamers to own a Fire TV for its streaming capabilities are virtually zero. Most hardcore gamers already own PlayStations and Xboxs, better gaming machines that can already stream Netflix, Hulu, and, yes, Amazon Instant Video.

Amazon Fire TV presents too much of a conflicting proposition for developers, and not an interesting enough one to hardcore gamers. Casual gamers don’t care to purchase a forty dollar controller to play Angry Birds.

Amazon’s experimentation in the hardware business is interesting, and more competition is always welcome. But their message to developers can’t be so mixed. Ultimately software sells hardware. If software developers don’t care, nor will consumers.