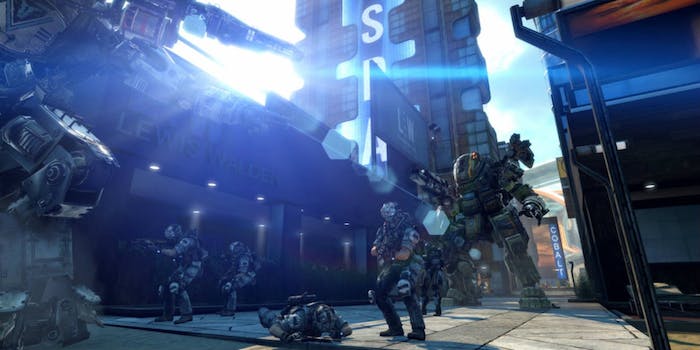 One year after release, Titanfall is still going strong.

Now you won’t miss a single match of one of the fastest, most innovative multiplayer first-person shooters on the marketplace.

Respawn Entertainment announced on Twitter that all of the DLC map packs for Titanfall are free on Xbox Live. That’s a total of nine free maps between the Expedition, Frontier’s Edge, and IMC Rising expansions. They’re all good maps, a rarity in any first-person shooter, with a variety of settings and aesthetics that make all of them worth checking out.

DEAL: All Titanfall DLCs are available for FREE on both Xbox One and Xbox 360! Visit the Xbox Live Marketplace to see the deal!

If you don’t own all the map packs for Titanfall, and if you’re playing with friends who do, they’re probably getting bored of playing the same, limited selection of maps over and over again. Do your squadmates a favor, and take advantage of this free content. Now no one has any excuse not to own the full selection of settings and arenas.