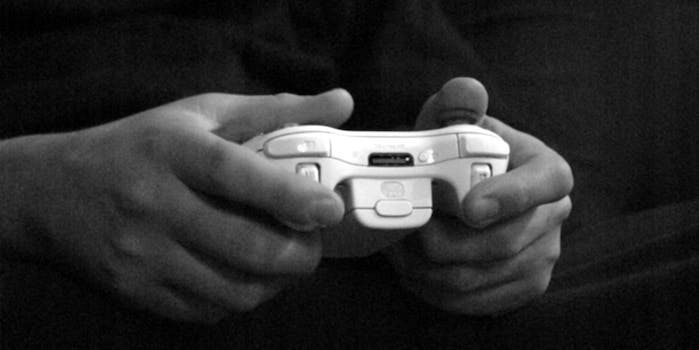 Did Gamergate get this Nintendo employee fired?

She was mercilessly criticized. But it got worse.

Gamergate has apparently won a battle to get Nintendo to fire one of its employees. Alison Rapp, an outspoken supporter of feminism and social justice, is the latest victim.

The abuse stems from Gamergaters believing Rapp to be a driving force behind the “localization” of Japanese games imported into the United States. Due to cultural differences between the two countries, American versions of games are often less sexualized than their Japanese counterparts. Some of the titles linked to such alterations include Fire Emblem Fates and Xenoblade Chronicles X, two recent major releases.

Rapp, however, denies being involved in the process of localizing such games.

But the marketing employee wrote on her Twitter today that she had been let go by Nintendo because she was no longer a “good, safe representative” of the company.

Her firing was preceded by a barrage of insults and threats from Gamergate members. In October, Rapp created a Google Doc documenting all of the hateful comments she had received from the group. Members attacked Rapp’s personal life, specifically focusing on a thesis she had written as an undergraduate proposing that the United States not pressure Japan into adopting more strict child pornography laws.

Gamergate members ran with it, accusing her of condoning child pornography (and even being a pedophile) and sent a flurry of tweets in her direction. It then spread to the Daily Stormer, a neo-Nazi publication with contempt for everything progressive. Members of the site posted ways of contacting Nintendo and asking it to fire Rapp. 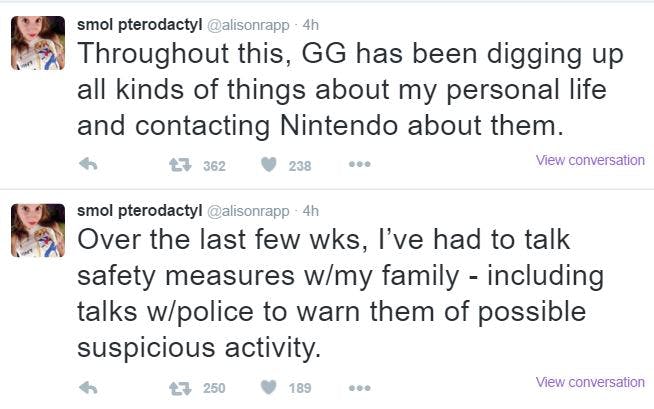 And that is what Nintendo reportedly did on Wednesday.

Rapp seems to be taking the news in stride, posting light-hearted tweets about finding her next job. But the damage is done.

Nintendo has not responded to the situation, and not all of the facts have been released regarding Rapp’s dismissal.

Alison Rapp was terminated due to violation of an internal company policy involving holding a second job in conflict with Nintendo’s corporate culture. Though Ms. Rapp’s termination follows her being the subject of criticism from certain groups via social media several weeks ago, the two are absolutely not related. Nintendo is a company committed to fostering inclusion and diversity in both our company and the broader video game industry and we firmly reject the harassment of individuals based on gender, race, or personal beliefs. We wish Ms. Rapp well in her future endeavors.

Update 9:32pm CT, March 30: Rapp maintains that the Gamergate digging led to her firing. As she explained on Twitter:

“To pay off student loans (weeee), I started moonlighting under a fake name, and with no real identifiers,” she wrote in a tweet. “An anon found out, told them, and here we are. It was moonlighting Nintendo didn’t like, despite the fact that it was anonymous.”