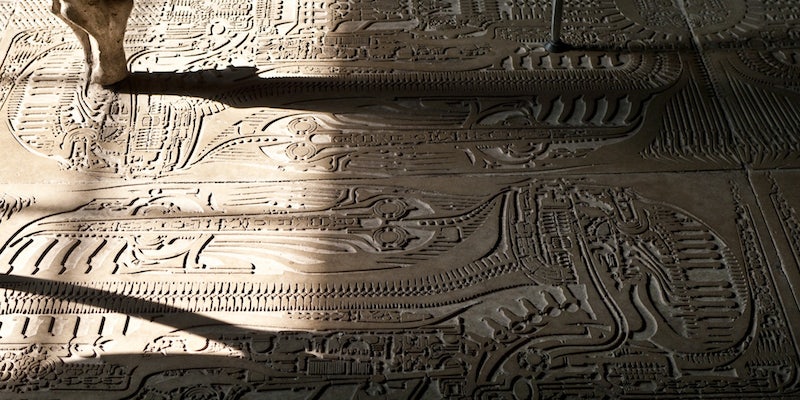 Horror may never be this beautiful again.

The Chateau St. Germain in Gruyères, Switzerland, might seem like an unusual pit stop along the path of geek culture history, until you step inside and get a glimpse of the horrors that lie within: 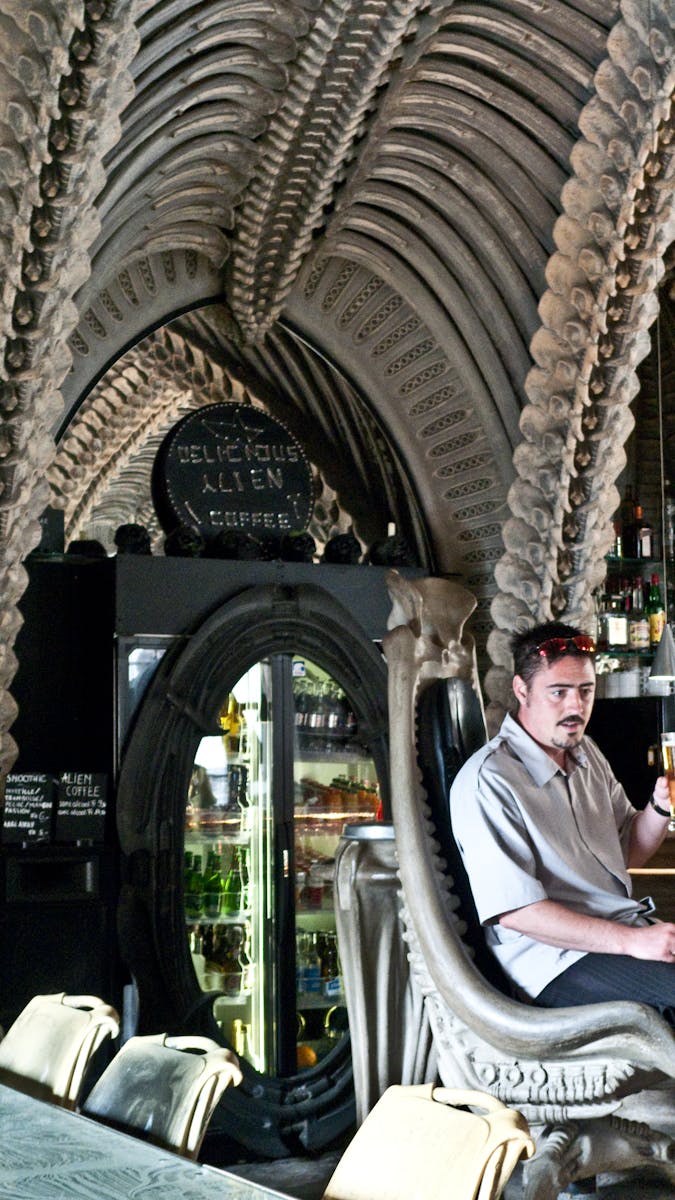 This is the Giger Bar, the legacy of the famed Alien designer and sculptor H.R. Giger, who passed away on Monday at the age of 74.

If the sight of the cathedral-like architecture of this coffee bar fills you with dread, you’re not alone: Giger’s depictions of Ridley Scott’s Alien race as something both ancient and horrific seemed to spring right out of our collective Ids and onto the screen. In reality, they began with this famous work, the Necronom IV, a fantasy horror concept which Giger created in 1976, three years before the first Alien movie. 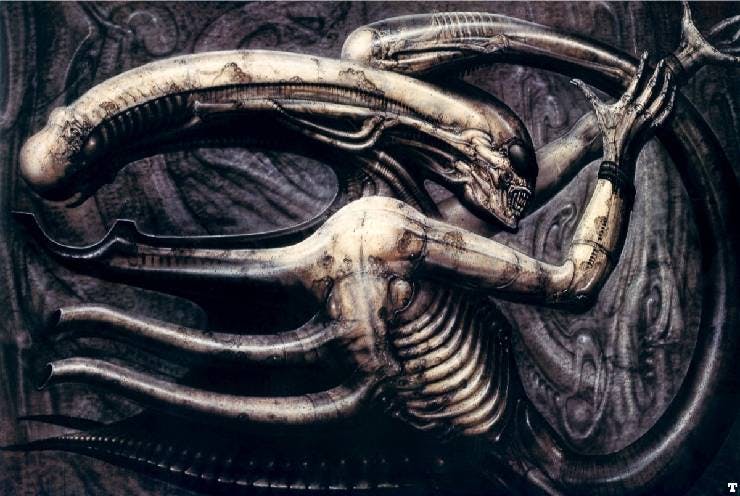 “I had never seen anything that was quite as horrible and at the same time as beautiful as his work,” Alien writer Dan Bannon later said. Bannon showed Giger’s art compendium—probably one of the few works to ever justifiably bear the title of Necronomicon—to Scott, who was instantly as mesmerized and creeped out by Giger’s designs as the rest of us are today.

And transformed into live action, who can blame us? 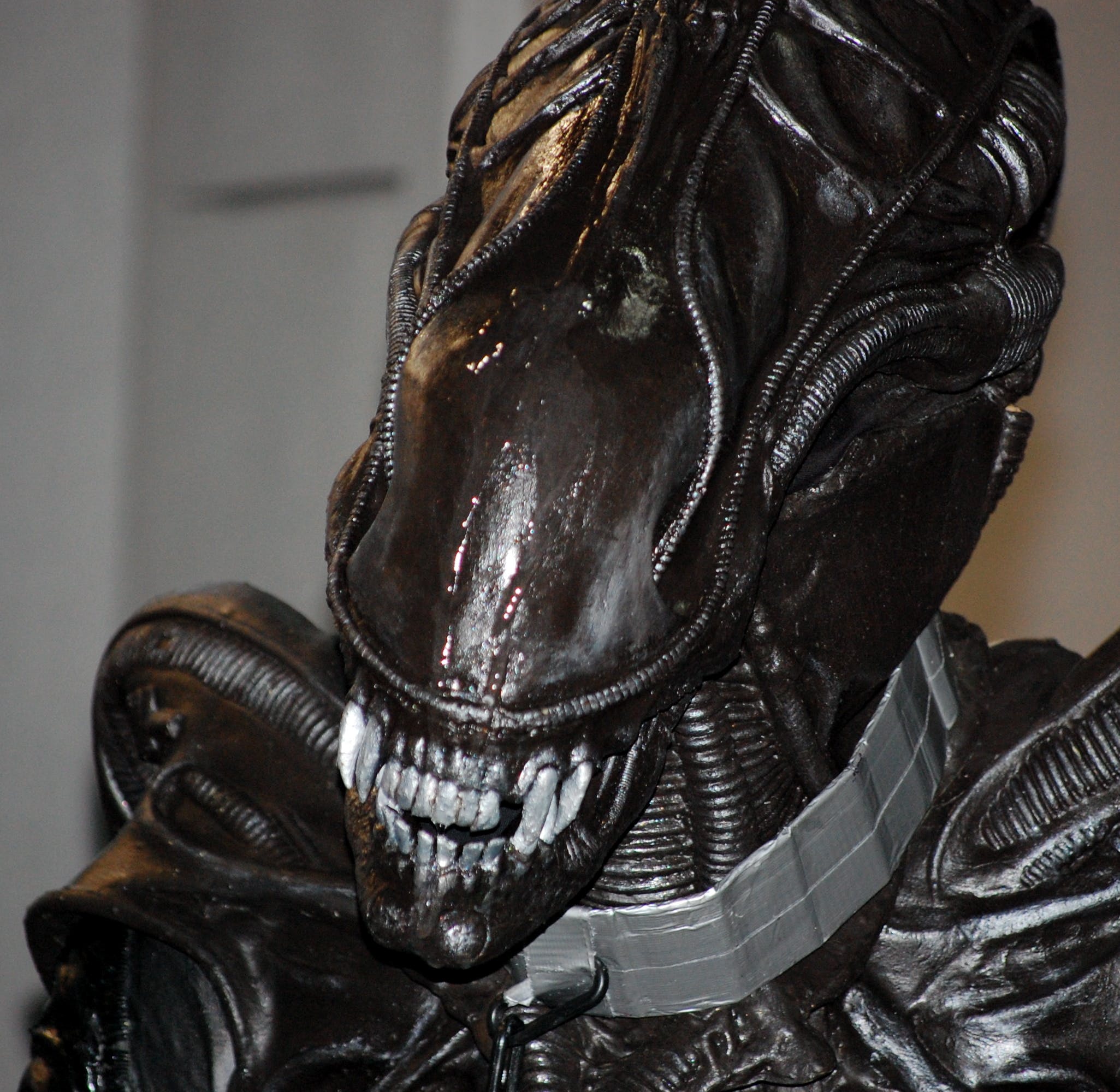 Born Hans Rudolph Giger, “Ruedi” leaves behind more than just his work on the Alien franchise. The Chateau St. Germain also doubles as the H.R. Giger Museum, where visitors can glimpse his other unique and distinctive artwork. 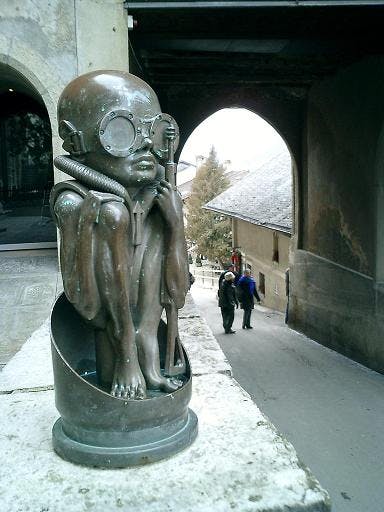 Here’s a sculpture titled the Birth Machine, which shows how, as late as 2010, Giger was taking current art trends like Dieselpunk and turning them into something just a little freakier than the rest of us could ever envision: 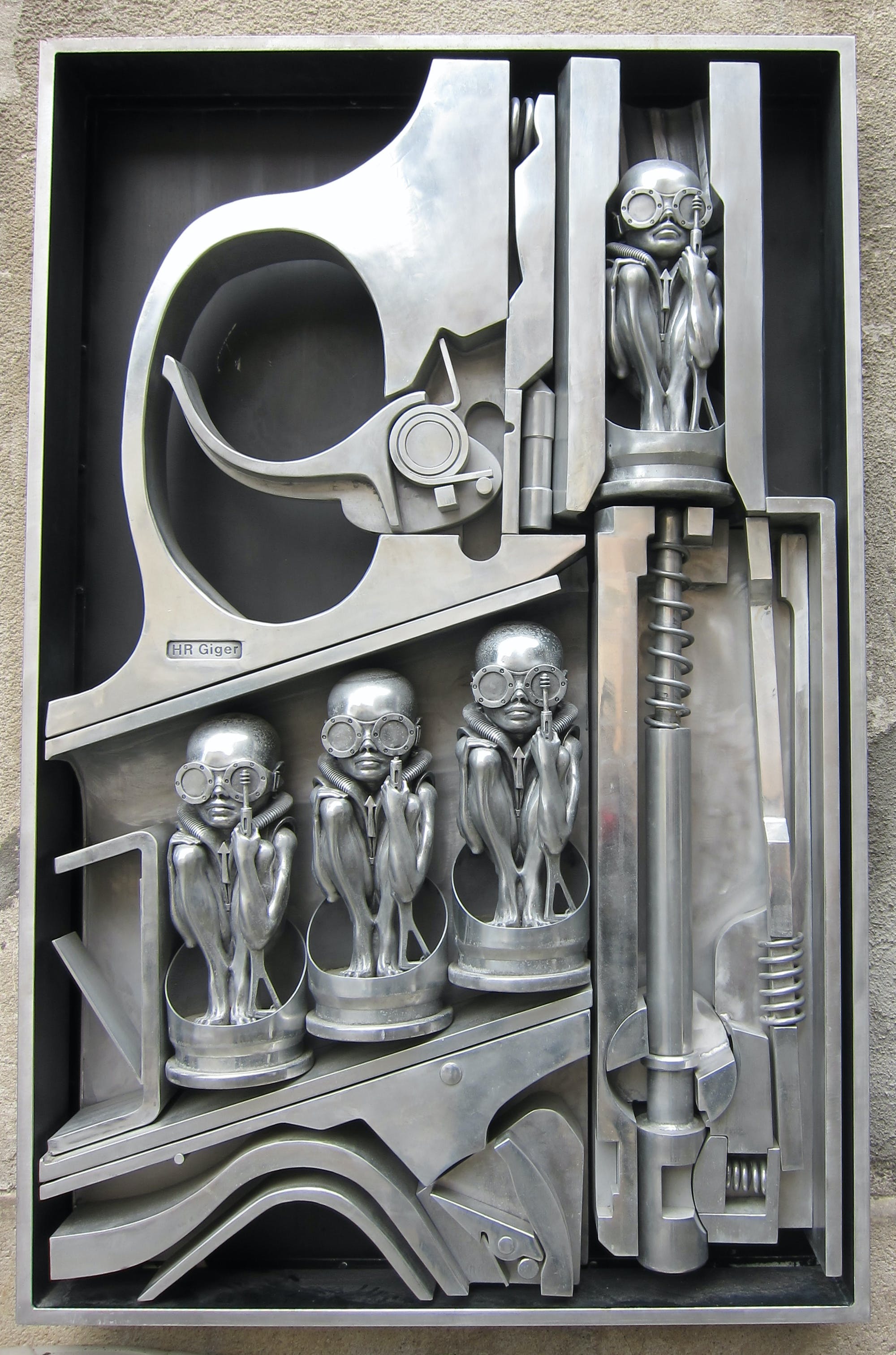 Clearly, Giger didn’t find his apotheosis in Alien, but the other way around.

Still, Giger left an indelible mark upon geek culture, influencing science-fiction and horror writers as well as fanfic writers, cosplayers, and the rest of us.

Around the geeky corners of the Internet today, fans mourned Giger’s passing. 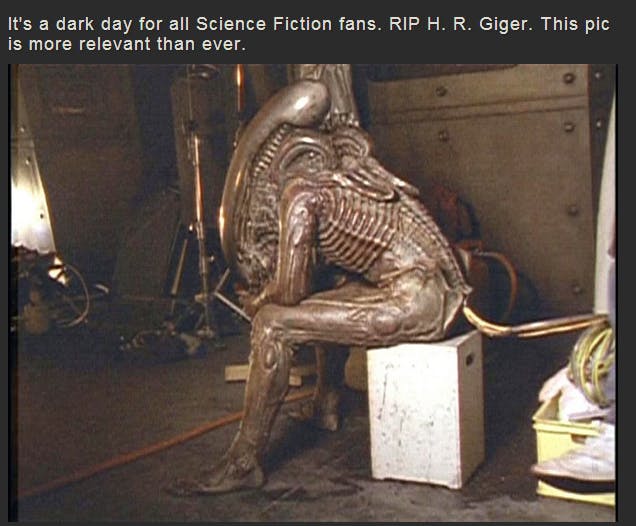 H.R. Giger, a true legend, his talent and creativity will be missed. pic.twitter.com/epWROpbPR2

In truth, Giger would probably scoff at the mourning rituals fans are celebrating today—he was frustrated with the Hollywoodization of many of his designs for the Alien franchise and his other work on sci-fi and horror sets like Dune and Species. But his designs are still influencing the film world today, including the most recent Alien outing, Prometheus, which returned to several of his original artistic designs for inspiration.

“If they like my work they are creative … or they are crazy,” Giger once said about his fandom following.

Call us crazy, but we’ll be seeing you, Ruedi… in our nightmares.