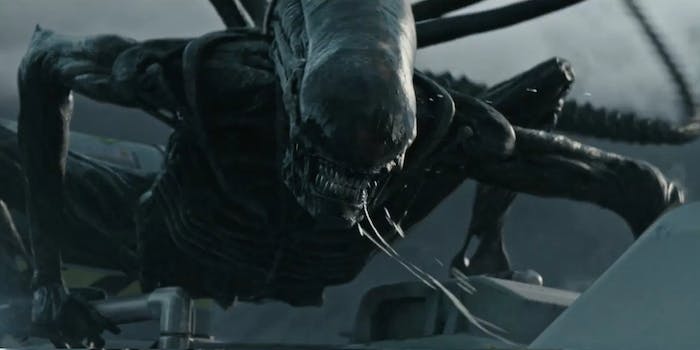 The virtual reality experience takes place in a real scene from the movie.

Alien movies are famed for their grotesque special effects. Alien: Covenant goes one step further with its promotional materials, offering a virtual reality experience from the perspective of a baby xenomorph.

The VR experience is called Alien: Covenant In Utero, a 360-degree video that will air in Oculus Rift kiosks at some Regal theaters in the U.S. For those of us who can’t watch it in person, 20th Century Fox has shared a version on YouTube.

The video follows a baby xenomorph as it bursts out of a human victim, complete with a lot of blood and gore. It’s based on a specific scene in the movie, so along with being seriously disgusting, it’s also a spoiler. You have been warned.

Alien: Covenant comes out on May 19.