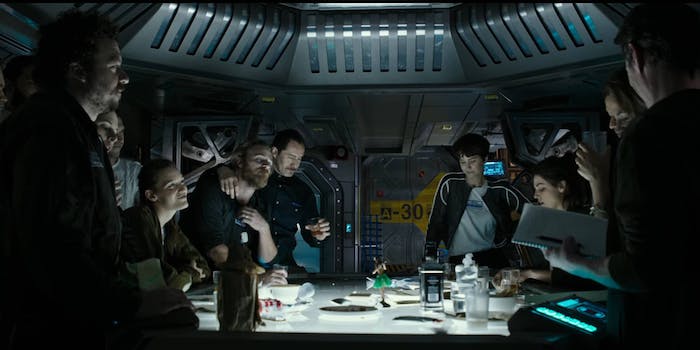 It's time to place your bets on how each of these characters will die.

Alien: Covenant is the sequel to Prometheus, making it another (arguably unnecessary) prequel to the original Alien. Starring Michael Fassbender and Katherine Waterson, its first trailer was as terrifying as you’d expect from an Alien movie.

The latest clip is a little more unusual, introducing the ensemble cast in a four-minute prologue to the main story. They’re about to embark on an ambitious colonization mission to an alien planet, and they’re having a party to celebrate.

It’s safe to assume that most of these characters will not survive.

Alien: Covenant comes out on May 19.