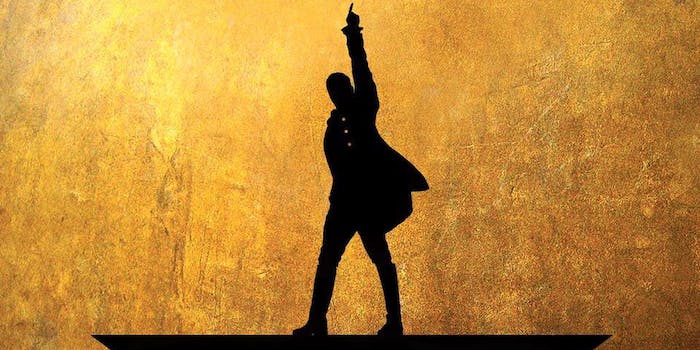 9 gifts perfect for fans of the hit Broadway phenomenon ‘Hamilton’

Don’t wait for it! Satisfy the Hamilton fan in your life with these gift ideas.

History certainly has its eyes on Lin-Manuel Miranda‘s Broadway musical Hamilton, which has taken the fandom world by storm. Whether you’re one of the lucky few who have seen it in person or one of the millions who fell in love with the soundtrack, you’ve probably been hearing a lot more about founding father Alexander Hamilton than ever before.

You also probably have at least one friend who is as obsessed with Hamilton as you are, presenting you with the perfect subject for you next gift.

If you need to get the Hamilfan in your life a last-minute holiday gift (or you’re planning ahead for a birthday), don’t worry! Here are nine ideas to help you avoid throwing away your shot to get the perfect gift.

The easiest stop on your journey to find gifts for your Hamilton fan is the official store for the musical. It’s a great place to find the essentials. You can get official merchandise from T-shirts to mugs on the musical’s own shop as well as at the Playbill Store. We’ve tried the 100 percent cotton #YayHamlet! shirt, and it’s quite comfy! It runs a bit small, though, and shipping may take some time, most likely due to the high demand. Perhaps the most important official merchandise is the soundtrack. Even if your friend or family member has downloaded the digital album to play on a loop, purchase a beautiful hard copy for them to treasure. They won’t be disappointed! 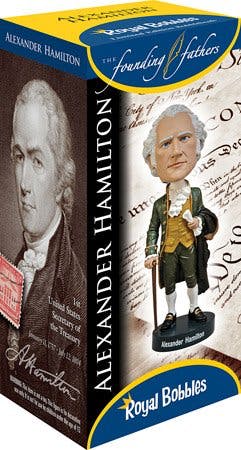 Whether you want someone to nod along with you as you research American history or as you sing “The Room Where It Happens,” this Hamilton bobblehead is ready to be your companion. From Royal Bobbles’ Founding Fathers series, Hamilton comes dressed for success complete with a cane and overcoat, providing a fun gift fit for any fan’s bookshelf. 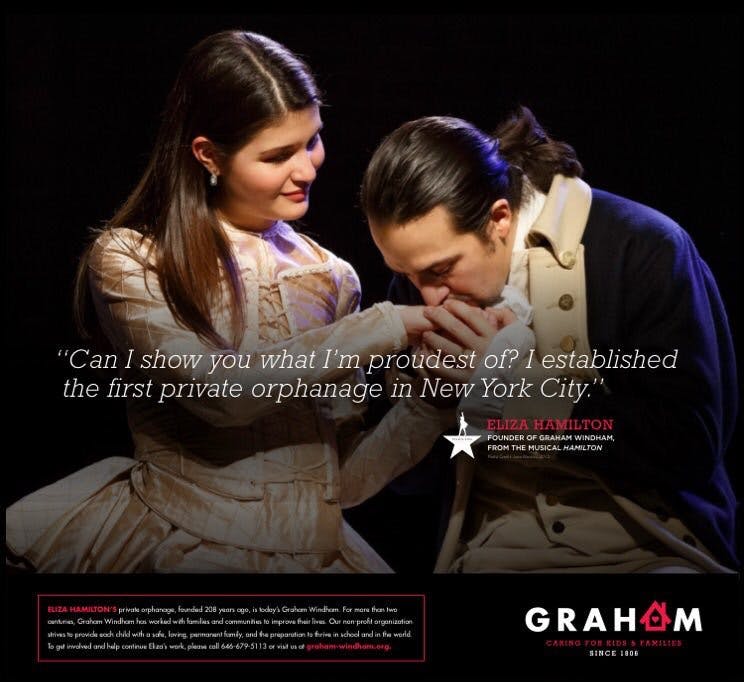 Make a difference with your gift by supporting the organization co-founded by Elizabeth Schuyler Hamilton that helps children in need. One way you can do this is by donating to Graham Windham online and dedicating the donation to your fellow fan. Another option is donating to a fundraiser for Graham Windham being held by fan Kerri Donnelly. Donnelly’s #Hamilrun will take place on Jan. 11, when she’ll run the length of the Hamilton musical soundtrack in New York City, picking a route that will make her pass some Hamilton landmarks. She’s so far raised more than $500 of her $1,500 goal. Adding to the fun, she promised that if she reached $500 she’d run the first mile in a wig. All of the proceeds raised will benefit Graham Windham. 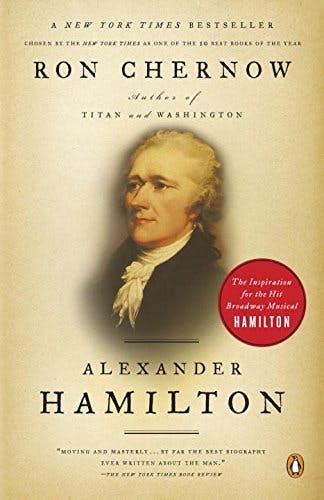 Thanks to Lin-Manuel Miranda picking up this biography by Ron Chernow, we now have the Hamilton musical. Every fan should read the book that inspired the show that started Hamilton mania. If you thought the founding father’s life seemed interesting before, you’ll find it truly fascinating after reading this. If you want your gift to be a bit more romantic, perhaps to let someone know they’re the “best of wives and best of women,” then this necklace is for you. On a sterling silver chain, this pendant states “I meet you in every dream” which is part of the following quote Hamilton included in a letter to Eliza: “I meet you in every dream—and when I wake I cannot close my eyes again for ruminating on your sweetnesses.” The necklace is a bit on the pricey side at $78, but is worth the price if you want to send a unique and amorous statement. 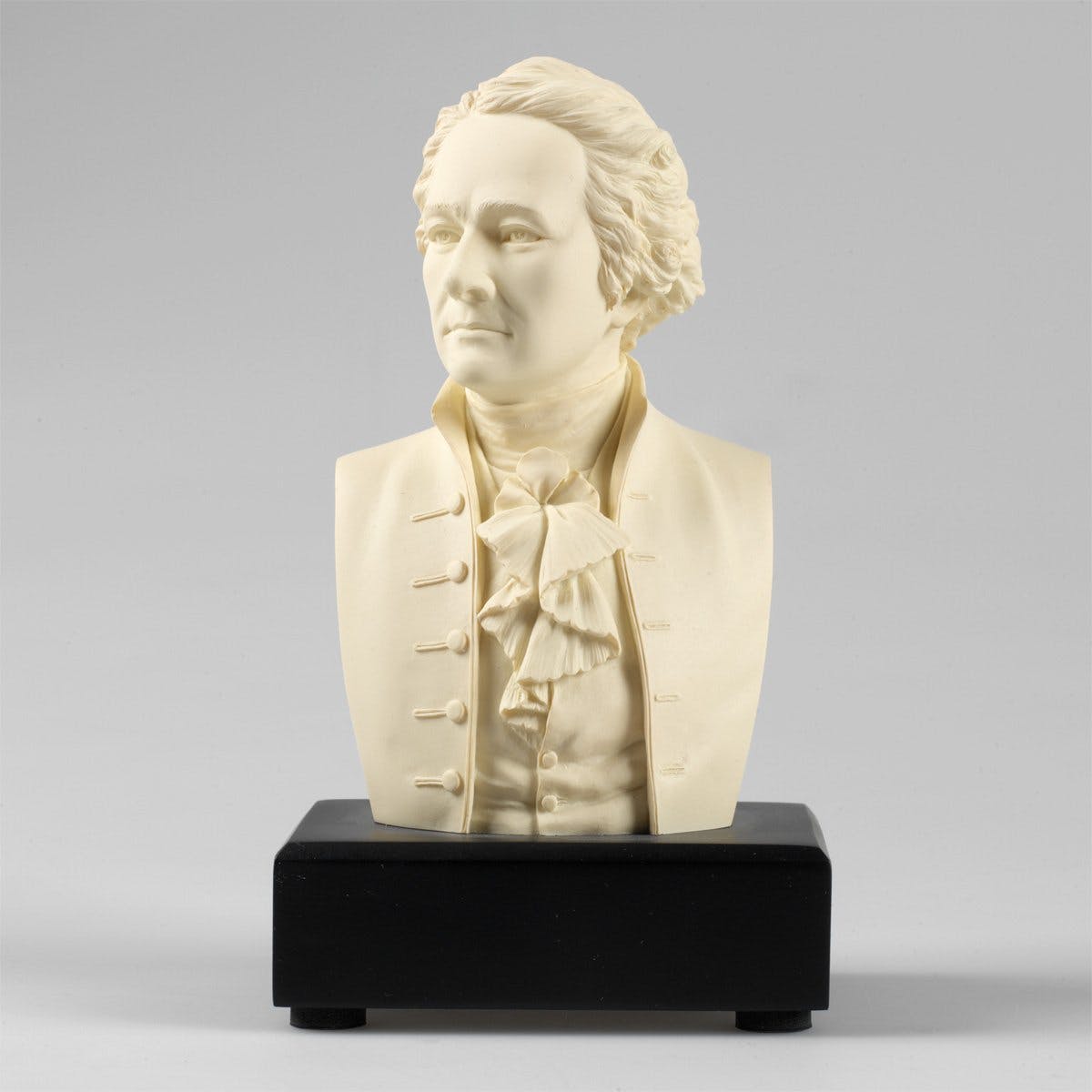 Want something a bit more sophisticated that can look good at home or in the office? Then check out this detailed Hamilton bust! Staring off into the distance and looking as poised as the right-hand man of George Washington should, the bust is certain to please anyone who wants to add some Hamilton to their decor. 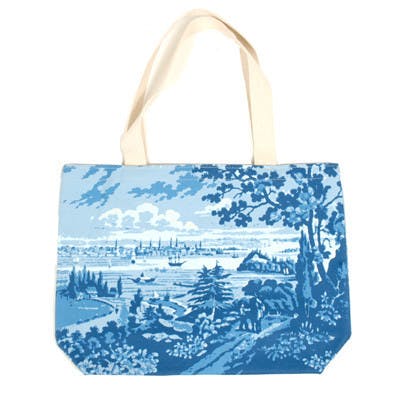 Never forget the spot where Aaron Burr and Alexander Hamilton had their final face off with this tote bag. It features the view of New York Harbor from Weehawken, New Jersey, adapted from a platter found in the New-York Historical Society’s collection. Useful for any occasion, it offers the perfect opportunity to start discussing Hamilton throwing away his shot. 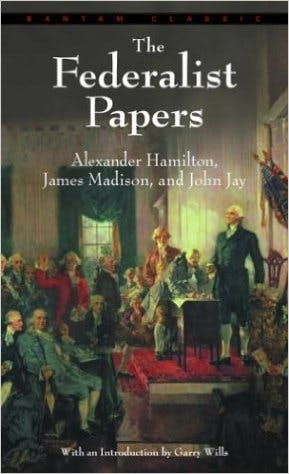 Many Hamilton fans know the original plan for The Federalist Papers—and they know that plan is far from what happened. Giving this gift will offer even more insight into Hamilton as well as our nation’s early history, and provide a stunning example of how Hamilton wrote like he was running out of time.

9) The Creative, Handmade, and Odd

For unique gifts, look no further than what fellow fans have been making themselves! A quick search on Etsy reveals everything from posters to a wall decal, while a look at Redbubble shows options like stickers and a poster of Lin-Manuel Miranda as Hamilton. Even CafePress sells a range of merchandise that even includes underwear. Be sure to also browse the “Hamil-swag” section of the website “It’s Hamiltime!” for both official and fan-made ideas. While many of the posts are a bit old, you never know what treasures you might find in its suggestions! Hamilton’s hair, anyone?

Image via Hamilton the Musical/Facebook