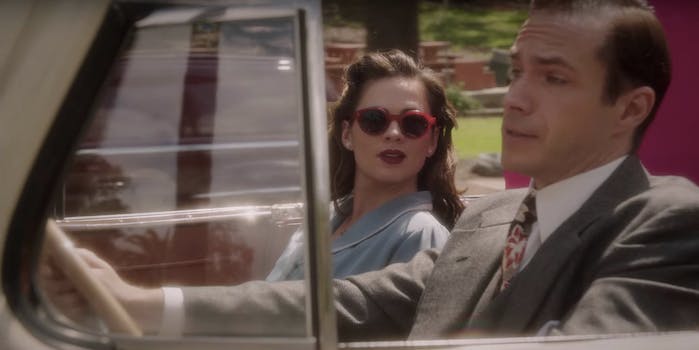 Hayley Atwell will reprise her role as Peggy Carter after all

It's not quite what fans asked for, but is it good enough?

Peggy Carter is back in business—sort of.

Agent Carter ran for two seasons on ABC before being canceled this past spring, and fans have spent the intervening months trying desperately to find a new home for the series. Even star Hayley Atwell herself said she’d do “whatever it takes” to bring Peggy back to the small screen.

They’re not quite getting their wish, but Marvel offered a compromise at this weekend’s New York Comic Con: Atwell will return to play Peggy in Marvel’s Avengers: Secret Wars, aka season 4 of Avengers Assemble, an animated show on Disney XD.

Ready for another adventure, Ms. Carter?