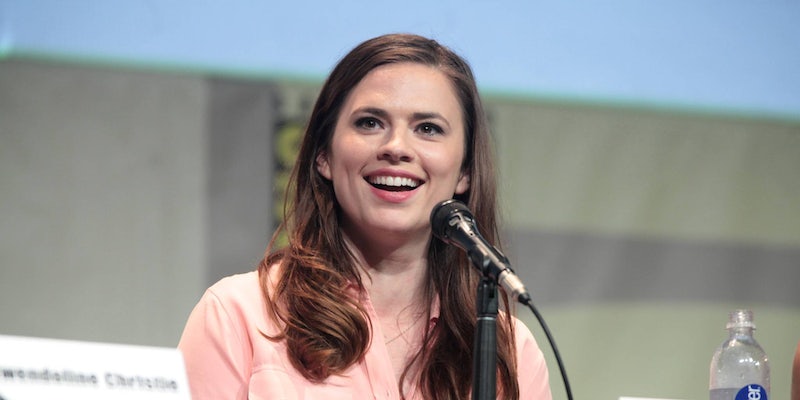 This is bound to be encouraging to disappointed fans of the series.

Agent Carter fans are still reeling more than two weeks after ABC canceled the show, but one of its stars is completely on board if it were ever to return.

Given the show’s low ratings and Hayley Atwell’s new show Conviction receiving a series order, Agent Carter’s cancellation seemed inevitable—although Atwell said she would still do Agent Carter if both were picked up. But fans didn’t want to say goodbye just yet, and they launched a petition to get Netflix, which has a working relationship with Marvel, to pick up the show for a third season.

An Agent Carter resurrection was still on some fans’ minds at MegaCon, where they asked Atwell whether she’d be part of a Netflix revival.

Netflix: "YES 100%. I love Peggy. I love the people working on this project. A privilege and an honor to bring her back to the fans."

This doesn’t mean Netflix is likely to swoop in and save Agent Carter, but interest on the part of its titular lead is always a good start. As for how Atwell would even shoot Agent Carter while working on Conviction? Her inner Peggy shone through in here answer.

"I'd shoot on the weekends. Blue serum. Whatever it takes." #HayleyAtwell #SaveAgentCarter

"We're just going to have to have another season to figure it all out." #HayleyAtwell #AgentCarter #SaveAgentCarter

Atwell isn’t the only actor who has pledged to return to Agent Carter if it is saved. Dominic Cooper, who currently stars on Preacher, told fans at MCM London Comic Con that he’s up for returning to Marvel properties like Agent Carter or a flashback in Agents of S.H.I.E.L.D., and he mentioned how much their fans’ support meant to Atwell and James D’Arcy (Edwin Jarvis).