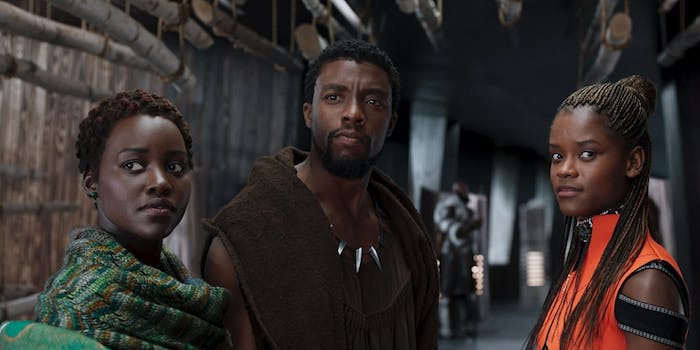 Aside from Guardians of the Galaxy‘s jukebox soundtrack, Marvel movies are not known for having good music. That’s just one of many ways Black Panther stands out, with a moving score that combines traditional Senegalese drumming with orchestral fanfares.

Composer Ludwig Göransson previously collaborated with Ryan Coogler on Creed and Fruitvale Station, and for Black Panther, he knew he’d have to do a lot of research. He flew to Africa to join Senegalese singer Baba Maal on tour, recording local musicians—and eventually including Baba Maal’s voice in the film itself. In this video segment from Genius, you can learn more about Göransson’s creative process for the music of Black Panther, including how T’Challa’s own name is woven into his signature theme.

In an interview with Pitchfork, Göransson went into a little more detail about his research process. After meeting with Baba Maal, he traveled to the International Library of African Music in South Africa, where he spent a lot of time listening to recordings of traditional musicians.

“There was a British guy who went around to thousands of different tribes in Africa with a field recorder, recorded the music, wrote down what it meant, bought their instruments, and brought it all back to the library. There are 20,000 vinyl records in there and hundreds of instruments, and a lot of that music doesn’t exist anymore because of colonization.”

This provided the backbone for certain moments in the movie, because it gave him greater insight into the use of music in African storytelling. “It was important to me was to make music that fit in culturally with each scene,” he told Pitchfork. “For example, if there’s a big fight, there are traditional African rhythms created 1,000 years ago for these specific kinds of moments.”

You can now buy or listen to Black Panther‘s original score on Spotify – not to be confused with Kendrick Lamar‘s Black Panther: The Album.