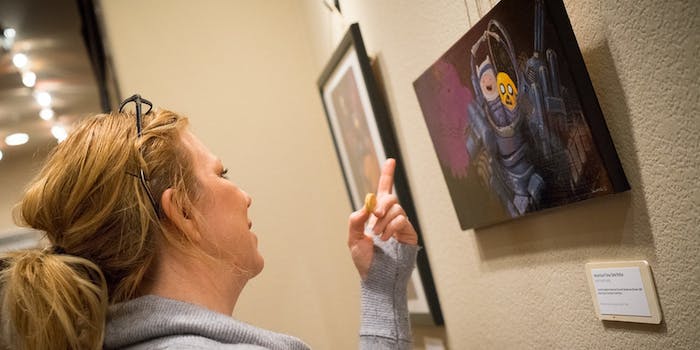 Did you miss last month’s Adventure Time mashup art show? You’re in luck, because the talented artists from White Out Art Collective are back with “Plan 9 from Lumpy Space” Saturday in Santa Ana.

The show is at Photontic Playground, a gallery run by David Luong and his husband Steve Dowling, who both work at Blizzard Entertainment.

“Photonic Playground is a new art gallery, catering to local top digital artists who want to have a physical presence,” Luong said. “My husband Steve and I reach out to the artists we would see fit into this and give them about a month or two to setup with our help. We both work at Blizzard Entertainment, and so we have found a wealth of artists we think are up to par for our gallery events.” 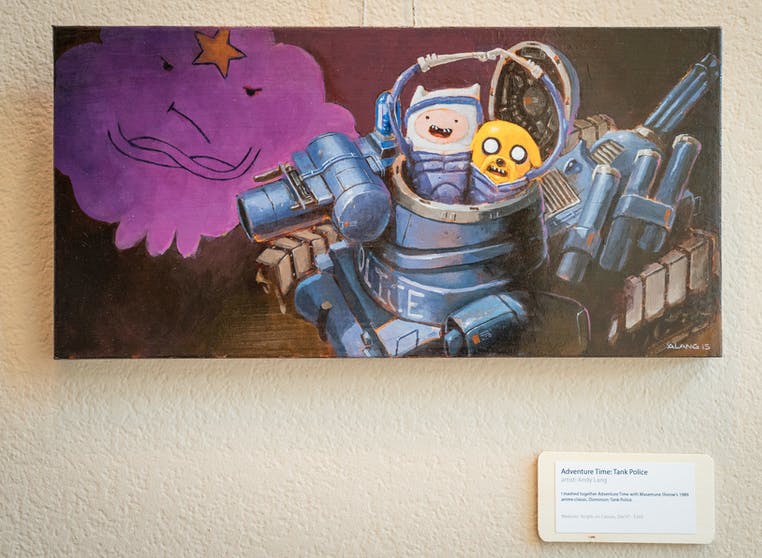 Kevin Maginnis, the creator and manager of White Out Art Collective, came up with the idea for the Adventure Time themed show with his wife.

“Our first show for the collective was without a theme and pretty random,” he said. “It didn’t have a good public appeal to draw in visitors that weren’t our friends. So this time I wanted it to be something more concise and fun. The theme ‘Plan 9 from Lumpy Space’ was one of my first and most favorite ideas. After some negotiations I decided to make it official.”

Maginnis thinks the show’s theme is really identifiable, since Adventure Time is something you can watch as a family. The art show mixes the world of Adventure Time with the greater sci-fi universes. That means art includes mashups like Patrick Burke’s Guardians of the Galaxy inspired piece, and Jessica Clarke infusing the show with another animation classic, Futurama. One missing mashup? Star Wars.

“I don’t think there’s a single Star Wars piece, the most obvious thing in the world,” laughed artist Paul Forest. “But we got so much crazy stuff. There’s anime, sci-fi, there’s Judge Dredd. It’s awesome.” 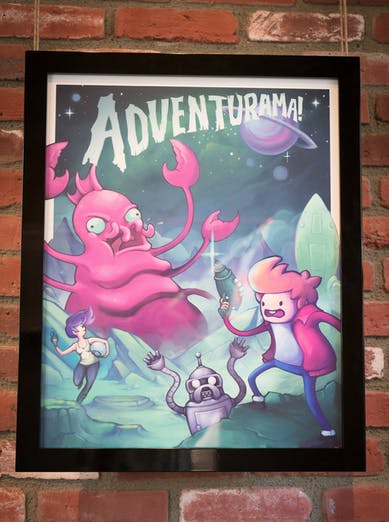 For the artists involved, the mashup theme was a chance to get them out of their comfort zones and try something new.

“I went kind of old school,” explained Forest. “I totally went for the Star Trek thing. There’s all these papers written on fanfiction and Star Trek, so I decided to do a weird slashfic picture of Kirk and Spock in the Adventure Time universe. The challenge for that was ship design, figuring out what the ship looks like in the Adventure Time world. I don’t normally do fan art, so Kevin’s crazy mashup idea totally worked out.”

At last month’s inaugural show for “Plan 9 from Lumpy Space,” 600 people passed through, and much of the art that will be on display this time was already purchased by collectors. Some visitors came from as far as Canada and Arizona to enjoy the show. For Maginnis, he’s hopeful that fans get exposed to a wide variety of styles and talents that otherwise receive little exposure. 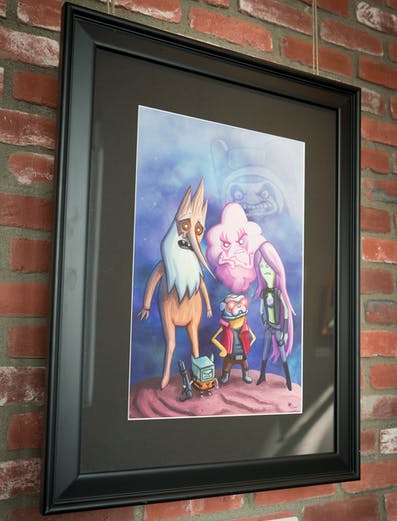 “They get to see some ideas that don’t occur to everyone when they think of the mashup theme we went with,” Maginnis said. “In the end I really want them to think of the collective as a great time to enjoy art and mix it up with the creators, have a good time, and maybe head home with some merch!”

Luong says while they love the geeky aspect of bringing Adventure Time to their gallery, it’s also a big celebration for them.

“The show isn’t necessarily just an art show downstairs, it turns into a party,” he said.