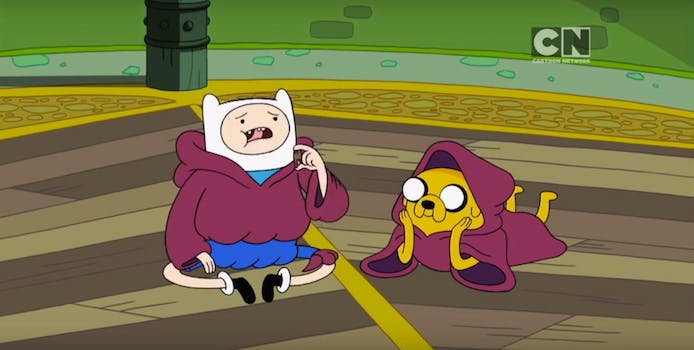 ‘Adventure Time’ is coming to a close

One of Cartoon Network’s most loved shows is coming to an end, but we have some time to say goodbye.

The show has a broad fanbase of kids, teens, and adults who love the unexpected storytelling, quirky dialogue, and oddball characters. There’s a city full of candy people, a pie-baking elephant, and an Ice King with his penguin minions. And let’s not forget the beloved Lumpy Space Princess.

Show creator Pendleton Ward and his crew gave themselves few creative boundaries, mixing silly jokes with deeper themes surrounding family, friendship, religion, science, and death. Such an environment fostered talent that went on to make other innovative and loved Cartoon Network shows including Steven Universe and Over the Garden Wall.

“Adventure Time was a passion project for the people on the crew who poured their heart into the art and stories,” Ward said in a statement to the Hollywood Reporter. “We tried to put into every episode something genuine and telling from our lives, and make a show that was personal to us, and that had jokes too! I’m really happy that it connected with an audience for so long. It’s a special thing, I think.”