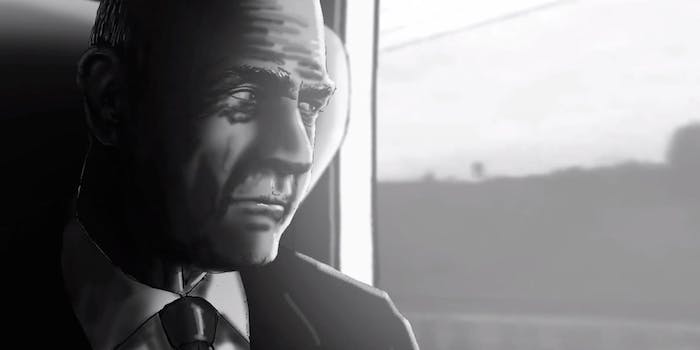 'James Bond: In Service of Nothing' shows a side of the agent we've never seen before.

Just days after a gritty take on Power Rangers (and the ensuing legal trouble with Haim Saban) took over the Internet, one of the producers behind the fan film is at it again with a new “bootleg” animated video starring James Bond.

Hollywood has been diligent about replacing whatever attractive actor is portraying MI6’s top agent fairly regularly, so we only ever see James Bond as a young or middle-aged man on the big screen. This 10-minute film from Adi Shankar tells a story that nobody else has yet: what James Bond would be like when he’s older and nobody needs him anymore.

“I always wondered what would happen to the Ian Fleming James Bond in today’s world,” Shankar told Deadline. “He was an alcoholic, reckless guy with Mommy issues and has the same instincts as a serial killer, and if you revoke his License to Kill, what would he become?”

He’s desperate to relive the glory days and will do anything just to get back his mojo—anything.

Update 7:20am CT, March 4: MGM issued a DMCA takedown notice, so the short has been pulled from YouTube until the copyright issue is resolved. Power/Rangers faced similar struggles last week.