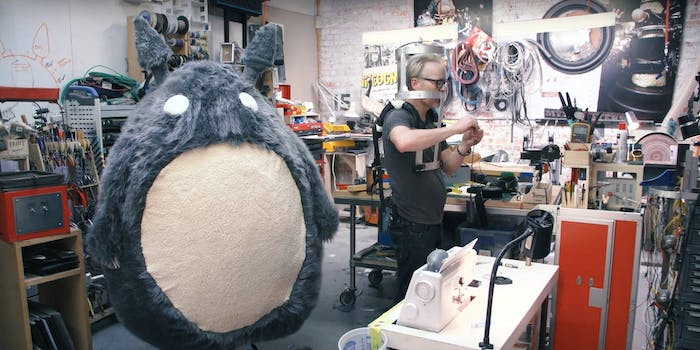 Adam Savage went to NYCC as an incognito Totoro

MythBuster Adam Savage was on the floor of New York Comic Con as a gigantic Totoro, and we missed him!

Savage is no stranger to incognito appearances on convention floors, having strolled through San Diego Comic-Con in an astronaut suit alongside Chris Hadfield in 2015 and in an Alien outfit in 2014.

So it’s not necessarily a big deal that he managed to escape recognition once more. But we’re torn about what’s most impressive about this cosplay: that he built this creature in a single day (complete with leaf hat and tiny umbrella), or that it still fits through doorways.