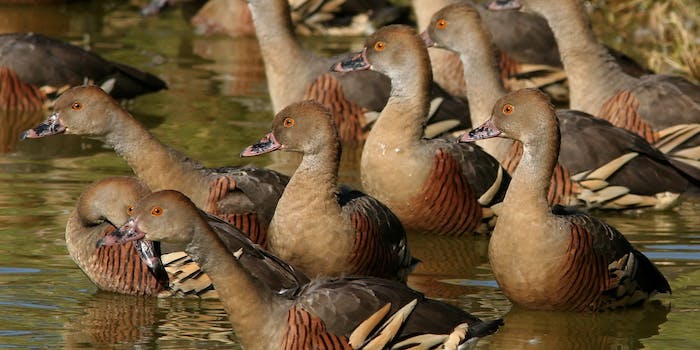 If you liked the 'duck army' vine, you'll love this Mythbusters DIY project.

Like so many of us, Mythbusters star Adam Savage was enthralled by the duck army vine. But instead of just showing it to all of his friends, he decided to do what he does best and recreate the effect at home.

First came the task of locating the correct breed of inflatable duck. If they didn’t emit the same unearthly, hellish shrieking, then it simply wouldn’t be worth it.

I felt a great disturbance in #TheForce, as if millions of voices cried out in terror and were suddenly silenced.https://t.co/IBUkDRS16G

Then came the duck bomb.

This little DIY project is a lot easier than your average Mythbusters creation, so you’ll have no problem building one yourself—that is, if you’re determined to alienate everyone in your life by surprising them with loud inflatable duck noises. We’re assuming that’s why Adam Savage is alone in these videos.

And now I present to you … the DUCK BOMB. #duckarmyhttps://t.co/4oOMXgvfVN

Truly, a masterpiece of human ingenuity.