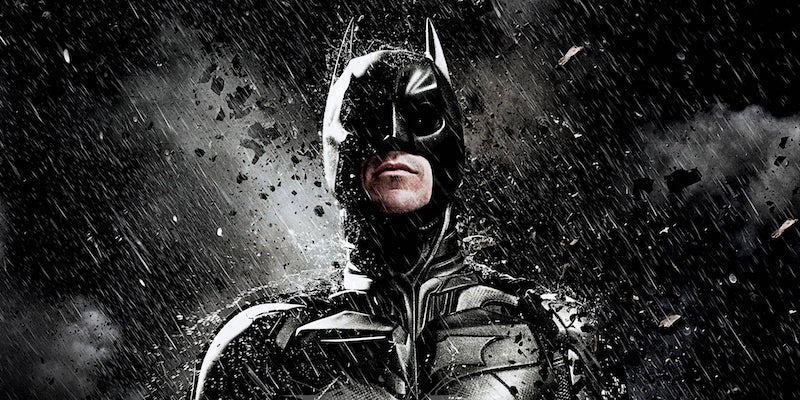 The 10 actors who played Batman: A superhero timeline

Batman's history is deeper than you think.

Beginning with a black-and-white serial film in 1943, Batman has starred in more than 70 years of radio adaptations, live-action films, TV, animated shows, and video games. And that means there have been a lot of actors behind the cape.

Here’s a look back 10 people who have portrayed the Dark Knight onscreen.

At the tender age of 23, Lewis Wilson starred in Batman’s first ever-screen adaptation, a 15-chapter action comedy serial. You can watch the entire three-and-a-half-hour series on YouTube for a glimpse of what popular entertainment looked like during World War II.

The second Batman serial arrived in 1949, introducing Vicki Vale and Commissioner Gordon to the screen. The clunky special effects and ill-fitting costumes were a precursor to the intentional silliness of Adam West‘s 1960s Batman, lampooned by the MS3TK team in a series of modern Rifftrax commentaries.

Though Batman Dracula isn’t an official Batman movie, it deserves a place in history due to the status of its director: Andy Warhol. This surreal 1964 parody film starred performance artist Jack Smith in the lead role, and while it may not be your typical superhero movie, it’s pretty wild that Andy Warhol made it in the first place.

For a long time after starring in the 1966 Batman TV series, Adam West’s career foundered due to typecasting. People seemed to think the show’s purposefully campy atmosphere was actually down to “so bad it’s good” humor, making it hard for West to be taken seriously as an actor.

Luckily, his career picked up in later years. These days, West is celebrated for his most famous role, and fans look back on the series with affection. In fact, West and his co-star Burt Ward (Robin) are reprising their roles in a new animated movie this year.

Tim Burton‘s 1989 movie took Batman into a new era, shedding the silliness of the earlier adaptations for a more gothic look at the Caped Crusader. Michael Keaton brought a relatable kind of charm to the role, while Burton—at this point nearing the creative height of his career—gave Gotham City a newly dark and disturbing atmosphere.Keaton remains some fans’ favorite live action Batman, an actor who embodied a sympathetic version of Bruce Wayne instead of the action hero portrayed by later actors like Christian Bale.

After Tim Burton left the franchise, Joel Schumacher tipped the scales back toward Batman’s campy side. The 1995 Batman Forever starred Val Kilmer as a slick, charming interpretation of Bruce Wayne, toning down the darker side of Tim Burton’s Gotham in the previous two movies.

The 1997 Batman & Robin is infamously bad, effectively killing the franchise for the next 18 years. But let’s face it: George Clooney was not the problem, here. In the midst of be-nippled Batsuits, inexplicable neon action sequences, and Arnold Schwarzenegger‘s diabolical one-liners as the supervillain Mr. Freeze, Clooney is one of the least memorable aspects of this movie. Which is probably why his career survived intact, while many of his co-stars took years to recover.

The Dark Knight trilogy marks the start of Hollywood’s quest for auteur-directed superhero movies, and remains one of the most successful examples to date. Christian Bale brought a new seriousness to the role, a gritty vision of Batman that—for better or worse—influenced the next decade of superhero filmmaking.

Unlike Marvel Studios‘ well-organized franchise of TV and movie adaptations, the TV rights for DC adaptations are all over the place. This explains why Warner Bros. is building a multi-billion dollar Justice League franchise, while several conflicting storylines develop across multiple TV networks at the same time.

In the case of Batman, this means Gotham, a show whose melodramatic plot twists and histrionic characterization could not be more at odds with Zack Snyder‘s grim Batman v Superman universe. David Mazouz stars as the tweenage Bruce Wayne, grieving for his parents but still finding time to become embroiled in Gotham’s supervillain war alongside a young Jim Gorden, Catwoman, and other iconic DC characters.

Ben Affleck‘s Batman is an angry, middle-aged bodybuilder whose Batsuit looks like it was carved out of granite. His hobbies include flipping car tires and not having any friends, and he spent most of his introductory film planning to murder Superman.

To be fair, Batfleck has a lot in common with George Clooney’s Batman in that they’re both brought down by their own films. Batman v Superman may not be everyone’s cup of tea, but its problems don’t lie with Affleck’s acting. And since he’s directing and co-writing the upcoming Batman solo movie, we could see a different side to the new Bruce Wayne soon enough.