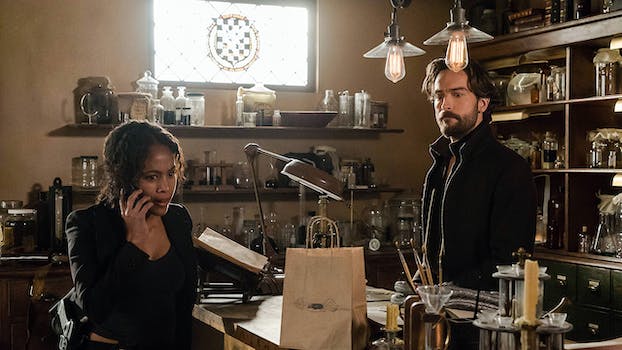 Like 'The 100,' 'Sleepy Hollow' has angered fans with its latest twist.

This story includes spoilers for the season finale of Sleepy Hollow.

When Sleepy Hollow debuted in 2013, it was immediately obvious why fans fell in love with the show. Lead actors Nicole Beharie and Tom Mison had incredible chemistry as small-town cop Abbie Mills and resurrected 18th century soldier Ichabod Crane, an X-Files-style duo that fans dubbed “Ichabbie.” Fans loved Abbie and Ichabod’s relationship, and many were excited to see a Black woman starring as one of the leads in a fantasy/horror show.

Yet Sleepy Hollow‘s creators somehow managed to destroy virtually all of that goodwill, to the point where they have now alienated much of their remaining fanbase with the season 3 finale this week.

Looking back through the timeline of Sleepy Hollow‘s rise and fall, things seemed to go downhill after season 1. Fans and critics commented on a drop in quality during the second season, which seemed to go hand-in-hand with Abbie being sidelined in favor of white characters like Ichabod’s wife Katrina. Captain Irving—played by Orlando Jones, an active and beloved participant in Sleepy Hollow fandom—was killed off. Cast members began openly criticising creative decisions on the show. Beharie posted a now-deleted Instagram message saying that she’d been excluded from recording the show’s DVD commentary. Fans started using the #AbbieMillsDeserversBetter hashtag.

Then at the end of season 3, Abbie Mills was killed off.

As well as Abbie’s death being a shocking plot twist, it’s very unusual for a lead actor to leave a show when they’re still under contract. When Beharie posted a warm farewell to her costars and Sleepy Hollow fans on Twitter, she also wrote that “Abbie Mills has done all she was meant to do.” This isn’t the kind of sentiment you expect from the lead actor in a show that has only run for three seasons.

The reaction to Beharie’s departure has been overwhelmingly negative, even moreso than with a typical character death. However, very few fans seem to blame Beharie herself for deciding to leave the show. People generally support her decision, directing their frustration toward the show’s writers. The death of Abbie Mills fits into a trend of minority characters being sidelined or killed off on TV, and fans have definitely noticed.

This backlash has a lot in common with the reaction to Lexa’s death in The 100, which led to an ongoing conversation about “dead lesbian syndrome” on TV. Writers and showrunners frequently defend these character deaths as individual storytelling decisions rather than evidence of underlying prejudice, pointing out that they’re often precipitated by outside forces like actors leaving a show. In this case, former Sleepy Hollow writer/producer Jose Molina tweeted that Abbie’s death had nothing to do with race.

But as many people pointed out after Lexa’s death on The 100, there’s more than one way for a character to leave a show. They don’t necessarily have to die, and when that character is a member of an underrepresented minority, there’s a wider context at play.

With characters like Lexa and Lincoln (another controversial death on The 100) or Denise in The Walking Dead, it’s perfectly possible to argue that their deaths were influenced by real-world forces. The actors found work elsewhere, and moved on. However, this still raises questions about what type of character gets main character status, and who gets a supporting role.

In each of these cases, minority characters had supporting roles that made them far more likely to be killed off, either for narrative reasons or because the actors landed a bigger part on another show. With Sleepy Hollow, this was meant to be different. Many fans specifically came to the show because it starred a Black woman as one of the two main characters, a role that was seemingly “safe” from harm. In that context, the death of Abbie Mills feels like a betrayal.

With fans now tweeting under the #CancelSleepyHollow hashtag, it’s hard to see how this show has much of a future.