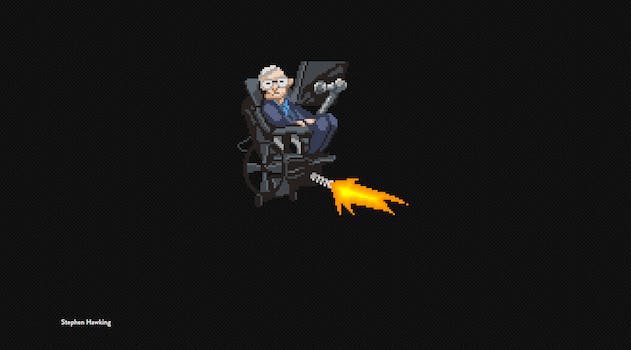 Pixel art is back with a vengeance.

Maybe you’ve always thought of Albert Einstein, Nikola Tesla, and Stephen Hawking as superheroes; but did you know Charles Darwin had badass evolutionary fighting moves, or that Marie Curie had a mean radium hadouken?

In a fantastic and clever set of 8-bit-style pixel art, São Paulo illustrator Diego Sanches has combined actual science with excellent gaming combat sequences to turn all of our favorite scientists into heroes, and all their greatest scientific accomplishments into fantastic superpowers.

Sanches designed the sequence of artwork for a Brazilian science magazine, Superinteressante, which used them in an actual game designed to teach players about the impressive accomplishments belonging to each of these famous scientists. After all, it’s one thing to teach Einstein’s theory of relativity or Stephen Hawking’s wormhole discoveries. It’s another to see them in action:

Each scientists gets introduced, then paired with special moves that demonstrate their amazing discoveries. Here’s Darwin’s fighting style:

Meanwhile, Tesla’s fighting style shows why he would have made an excellent comrade for Doctor Strange:

Other scientists who got the pixel-art treatment include Isaac Newton and Pythagoras. Check out all of them at Sanches’ website or Behance account.